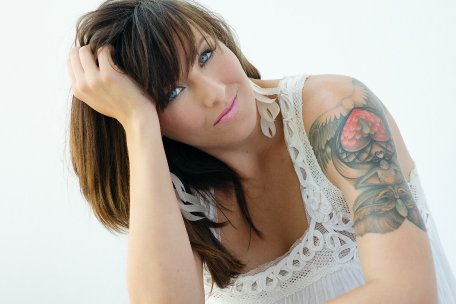 Dana Donofree was diagnosed with breast cancer five years ago and now designs lingerie for women who have had reconstructive surgeries.

One day before her 28th birthday, Dana Donofree learned she had breast cancer.

Six rounds of chemo later, having had a bilateral mastectomy and reconstructive surgery, she stood in front of her dresser and tried to complete the simple task of picking a bra to wear.

"I kept telling myself I'll feel normal,” said Donofree. But none of her old clothing fit her, and all she could find as a replacement were “beige, utilitarian" mastectomy bras.

With 10 years of experience in the fashion industry, Donofree decided that if she wanted a sexy bra, she’d have to make it herself. So in 2014, she launched AnaOno Intimates, a lingerie line made in Philadelphia and designed for women who have had breast surgery.

As one of Donofree's friends joked about the company name's similiarity to its founder's name: “It’s like you lost your Double D’s!”

Now, AnaOno has the chance to get into the spotlight. A big spotlight.

As a finalist in Intuit’s national Small Business Big Game competition, AnaOno is competing to win a 30-second ad during the Super Bowl, to be held Feb. 7, 2016.

That precious half-minute was worth $4 million in 2014, Forbes reported. Fans can vote online until Nov. 3 at smallbusinessbiggame.com.

Donofree, however, isn’t hoping to win the ad time so that she can sell more bras. 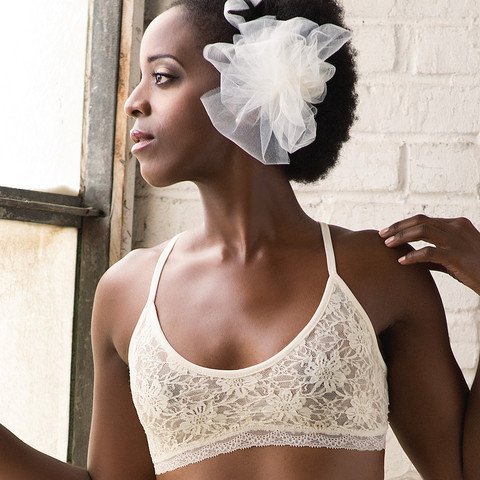 The Kelly. (Photo courtesy of AnaOno)

She wants to transmit a message about “what empowerment and confidence and strength look like.”

All the models on AnaOno’s website are women she met through the Philadelphia chapter of the Young Survival Coalition, a support group for people diagnosed with breast cancer before the age of 40.

Each product, named after the young survivor who models it, is manufactured in Philadelphia and designed to avoid problems associated with traditional bras, such as bubbling, gaping and the irritation of scar tissue. Donofree designed the bras and matching underwear based on what was missing from her own wardrobe.

Five percent of all sales go to breast cancer organizations. For example, proceeds from sales of The Jennifer, a comfy sports bra made of bamboo fiber that anyone can wear, will go to the Young Survival Coalition.

This year, Donofree is helping the Coalition another way, by riding with the Fighting Phillies team in the three-day Tour de Pink bike-a-thon. She’s doing it for her friend Kara Guzzetti, who always told her to try it. 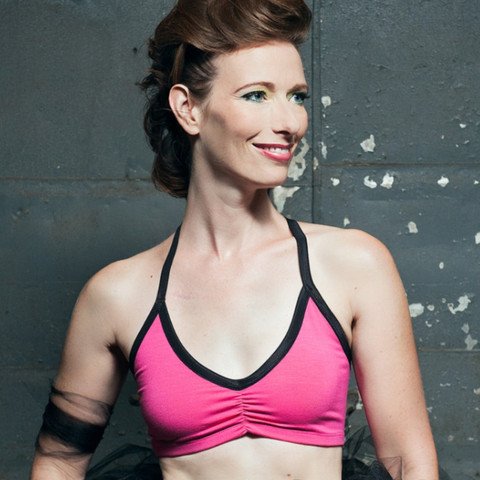 The Jennifer. (Photo courtesy of AnaOno)

"She was always pressuring me. She said this would change your life," said Donofree.

Busy starting a new business, Donofree promised her friend she’d ride with her next year.

For Guzzetti, however, next year never came. She passed away in November from breast cancer.

With tears in her eyes, Donofree remembered how Guzzetti supported her, pushed her and inspired her. She was the kind of woman who “never said no to anything.”

So there’s no way, of course, that Donofree can back out now.

“She was going to bring some nasty karma down from the heavens if I didn't ride this year,” said Donofree. “She's my strength.”