The 25,000 seat amphitheater will now be known as Freedom Mortgage Pavilion 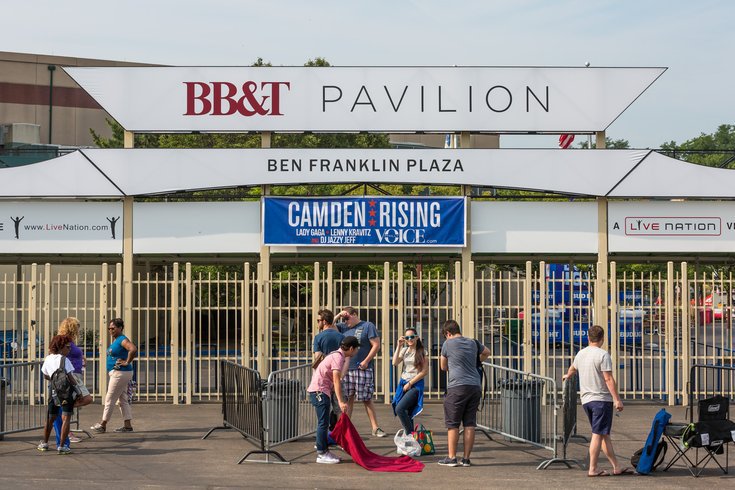 For the fifth time in nearly 30 years, the Camden concert venue along the Delaware River waterfront will get a new naming rights partner.

Live Nation, the operator of the 25,000-seat amphitheater, announced Wednesday that the venue will now be called Freedom Mortgage Pavilion. Freedom Mortgage, a full-service independent mortgage company based in Boca Raton, Florida, has entered a multiyear deal that comes with a number of promotional and marketing benefits, including signage at the venue and integrated media campaigns.

Other benefits for Freedom Mortgage include perks for the company and its employees, such as tickets and on-site engagement opportunities.

In February, Live Nation and Truist mutually agreed not to extend their current agreement, which included the venue's BB&T Pavilion name that dates back to 2015. Truist was created in 2019 from a merger between BB&T Bank and SunTrust Bank.

The Camden venue originally opened in 1995 as the Blockbuster-Sony Music Entertainment Centre, sometimes called the E-Centre for short. From 2001 to 2008, the amphitheater's name was changed to the Tweeter Center, followed by the Susquehanna Bank Center from 2008 to 2015.

During the interim period this year as Live Nation sought a new partner, the venue operated as Waterfront Music Pavilion.

Freedom Mortgage Pavilion draws in approximately 560,000 fans annually to an average of 46 shows per year. The venue at 1 Harbour Blvd. is owned by the New Jersey Economic Development Authority.

The first event under the new name will be the 92.5 XTU Anniversary Show headlined by Tim McGraw. The next day, the WMMR*B*Q will be led by Disturbed.

This summer's slate of concerts includes Machine Gun Kelly on June 26, Dave Matthews Band on July 15-16 and KoRn with Evanescence on Aug. 27. Pearl Jam is set to perform at the venue on Sept. 8.

“People are returning to shows in record numbers excited to make up for lost time,” Andy Peikon, Live Nation’s senior vice president and head of venue sales, said Wednesday. “Live music events are unforgettable moments, and the Freedom Mortgage Pavilion will play a key role in those lasting memories for fans.”