Camden family pleads for info on woman's suspicious death in 2009

Stephanie Rosado, 26, was last seen getting into a car with an unknown person at Easter — her remains began washing up along the Delaware River six weeks later 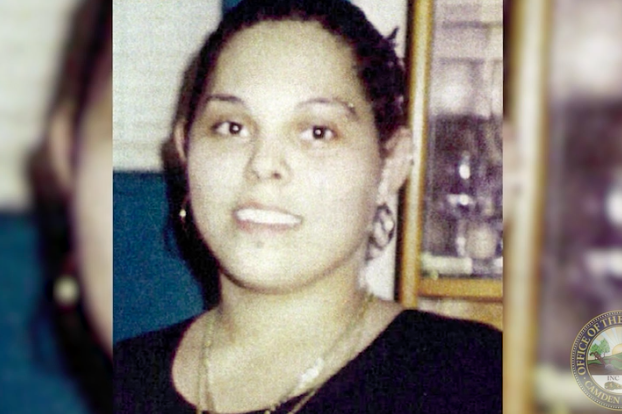 Stephanie Rosado was last seen alive in Camden on April 12, 2009, Easter Sunday. Human remains that washed up along the Delaware River over the next decade have been confirmed as Rosado, but her family and investigators still don't know how the 26-year-old mother died.

Nearly 12 years have passed since 26-year-old Stephanie Rosado disappeared on Easter, leaving her Camden family desperate for answers in a cold case investigation.

Rosado was last seen alive by her roommate as she left her home on the 1000 block of South Merrimack Road on April 12, 2009. She had told her roommate she was going out to see her son. Taking only a backpack, she got in a car with an unknown person and never returned.

Human remains washed up along the Delaware River on May 23, but they were not confirmed to be Rosado until 2011. More remains were found along the river in 2012 and again linked to Rosado the following year.

Since Rosado had been reported missing out of Camden, the case was officially taken over by Lt. Paul Audino of the Camden County Prosecutor's Office.

More than a decade later, Audino and Rosado's family have not given up hope of discovering what happened to Rosado.

"As time goes on, certain people start to remember different things," Audino said. "Maybe now they want to come forward and say certain things which they didn't want to in the past. So much time has gone by, I'm hoping somebody wants to give information now to us to help us further the investigation."

Rosado's mother, Luz Maldonado, said she was very close with her daughter, but that things changed when Stephanie got married.

Maldonado said Stephanie got involved in a high-risk lifestyle and would often go long periods of time without seeing family or friends. The last time she saw her daughter was around New Year's Day in 2009.

Audino views those few months as critical to figuring out what led to Rosado's death.

"We’ve backtracked to the point where we know where she was living and what she was doing for the previous year or two, but there's still that one to two months from the last time somebody saw her until her first human remain was found that we can't figure out where she was, what she was doing, or who she was with," Audino said.

In 2017, another piece of Rosado's remains washed up along the Delaware River. Without a more complete picture of what happened to her, the case is still being treated as a suspicious death.

Maldonado said the fact that someone likely knows what led to Stephanie's death has been among the most painful realities of losing her daughter.

"Devastating," Maldonado said. "I can't even imagine, you know what I mean?"

Obtaining answers would give the family the information they need to move forward.

"I just want them to come forward because I need this closure," said Maldonado. "I really do."

Anyone with information about the disappearance and suspicious death of Stephanie Rosado is asked to contact Camden County Detective Mike Batista at (856) 676-8175 or send a confidential tip to ccpotips@ccprosecutor.org.