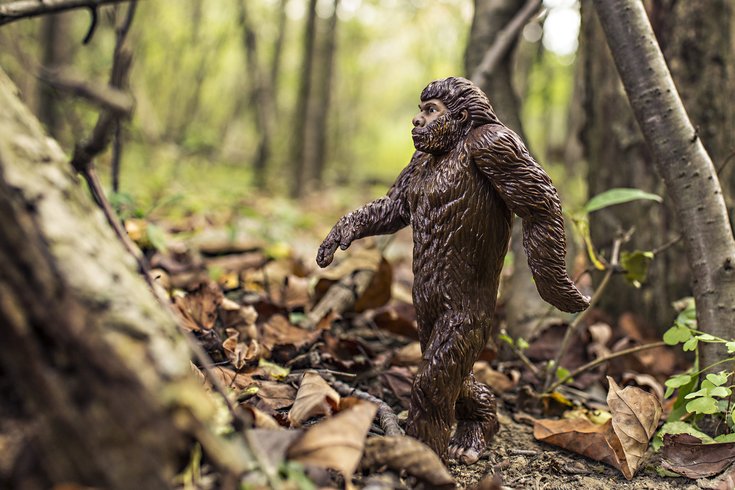 A miniature statue of Bigfoot.

Attacks in political campaigns are pretty common, and while it’s not exactly uncommon to accuse someone of sexual misconduct, one Democratic nominee for the U.S. House of Representatives made quite the interesting accusation this past weekend. Leslie Cockburn, Democrat running for Virginia’s 5th district, accused her opponent, Denver Riggleman, a Republican, of running with a "white supremacist"...and of being a “devotee of Bigfoot erotica."

Riggleman posted two photos to his Instagram account that Cockburn claims on Twitter are evidence for his affinity for Bigfoot erotica. Both are drawings of Bigfoot with a black bar censoring his genitals and one of the pictures features candidate Riggleman's head superimposed on the photo.

My opponent Denver Riggleman, running mate of Corey Stewart, was caught on camera campaigning with a white supremacist. Now he has been exposed as a devotee of Bigfoot erotica. This is not what we need on Capitol Hill. pic.twitter.com/0eBvxFd6sG

On Riggleman's Instagram, which has recently been set to private mode, he provided a caption to the first photo in question of Bigfoot, stating, "Cover art for #matinghabitsofbigfoot almost complete. I hide nothing in this magnificent tome. Don’t erase the censor box…”

To add to this, he captioned the next photo as follows: "My 'buddies' thought this pic was fitting for my birthday next week and to celebrate my new book release in about a month or 2…'Mating Habits of Bigfoot and Why Women Want Him…”

Riggleman finds Cockburn’s claims “absurd,” stating that the photos are jokes between him and his military buddies. He claims that he’s only ever co-authored a book about Bigfoot in 2006: Bigfoot Exterminators Inc.: The Partially Cautionary, Mostly True Tale of Monster Hunt.

This revelation, however, comes swiftly after Riggleman's assessment of a book Cockburn co-wrote with her husband in 1991, Dangerous Liaison: The Inside Story of the U.S. Israeli Covert Relationship, which he cites as "anti-Israeli."