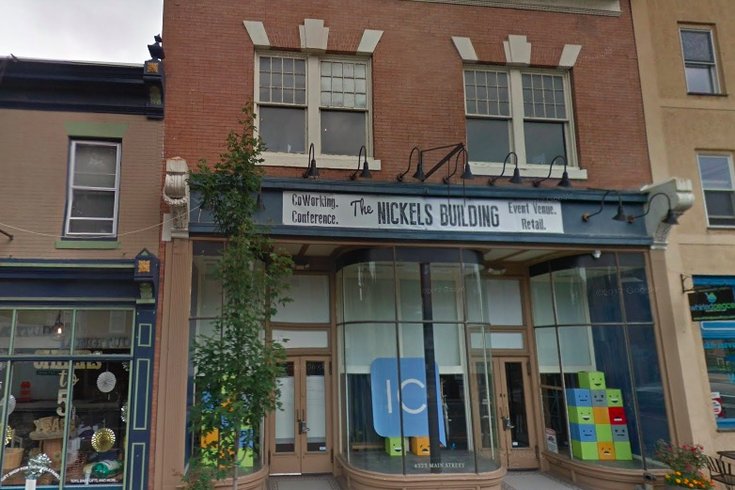 The exterior of the Nickles Building at 4323 Main Street Manayunk.

The Nickels Building on Main Street Manayunk is joining the ranks of co-working spaces, with a sprawling office set to open to the public in March 2018.

Clocking in at 6,000 square feet, the space will provide private and conference rooms in line with the dozens of other co-working space across Philadelphia. Additionally, the space will boast a second-floor event space that can hold up to 100 people, plus a “retail incubator” concept.

The retail area is a newer offering to the Philadelphia area, giving new businesses a chance to offer up products and learn more about how to grow their business. The Nickels Building will house up to 10 “CoSellers” at the front entrance on 4323 Main St.

A few other co-working spaces have tried to join the neighborhood, including the Transfer Station, which was also slated for Main Street. After years of development, the location announced its closure less than a year after its initial announcement, even after crowdfunding $1.3 million.

A number of other Main Street businesses have struggled to stay open on the retail corridor, including the recent shutters of Sweet Elizabeth's bakery, Anastasi restaurant, The Attic clothing store, and several others in the last few years.

Nonetheless, Jim Baur, CEO of M7 Media Group, seems to have faith in the Nickles Building project and will operate a smaller business media platform out of the new space.

“We could not be happier to grow out business in this gorgeous building in the heart of this historic community,” Bauer said in a press release. “We intend to become a valued resource and dedicated partner to the people who live and work here.”

Though it won’t open its doors until March, the space is taking tenants and has a few early-bird deals to offer. Check out more about the building and how to rent an office space here.