Yards has been brewing beer in Philly since 1994 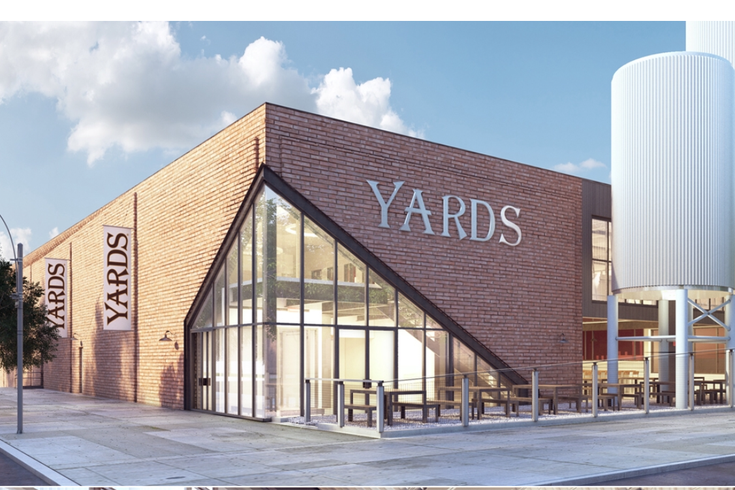 A rendering of the new Yards Brewery and Taproom at 500 Spring Garden St.

Read More
Update Wednesday, Nov. 8: The new Yards Brewery and Taproom at Fifth and Spring Garden streets will open to the public Thursday, Nov. 16 at 6 p.m.

We're getting closer to the opening of the new Yards Brewery and Taproom at 500 Spring Garden St. The 70,000-square-foot space is set to open some time in November.

Yards, founded by Tom Kehoe, has been brewing beer in Philly since 1994. It started out as a garage-sized operation in Manayunk before moving to its current 38,000-square-foot facility along the waterfront.

While an exact opening date for the new facility hasn't yet been announced, other exciting details have been released.

RELATED: Check out some of the Philly-area breweries that won big at the Great American Beer Festival

The Yards Brewery and Taproom, designed by Philadelphia-based architecture firm DIGSAU, will have a modern industrial feel, an open floor plan, 25-foot ceilings and will offer views of the entire brewing operation. 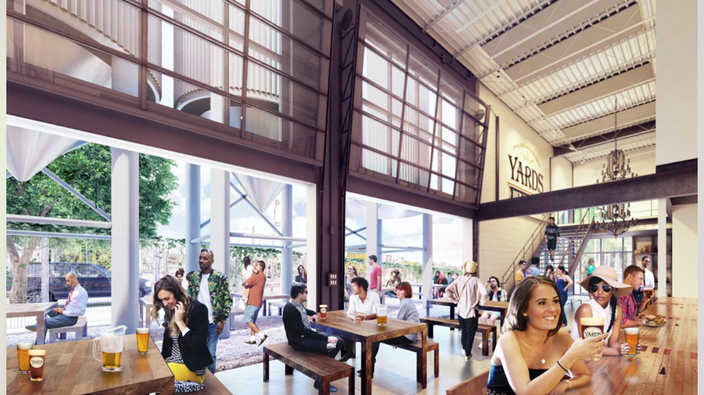 A rendering of inside the new Yards Brewery and Taproom at 500 Spring Garden St.

For the first time in the brewery's 23-year history, there will be a kitchen churning out pub fare. Chef James Burke, a James Beard Award semifinalist, will be in charge of the taproom's menu.

Beer can chicken with fried potatoes, bison chili and roast pork with broccoli rabe and provolone are a few items taproom guests might see.

Up to 280 people can drink and eat in the taproom, where there will be a main bar constructed from repurposed wooden bowling lanes. The bar will serve as a central location and place for sports fans to watch games. All of Yards' signature beers will be on tap, plus a number of limited releases that will only be available there.

Adjacent to the taproom, the Brewer's Lounge will be a hangout spot with a pool table, TV, dart board and shuffleboard.

There will also be an outdoor area, separated from the taproom by roll-up garage windows, and a private event space on the taproom's second floor.

"Kehoe and partner Trevor Prichett turned down more lucrative offers to move Yards outside the city limits, and both the vibe and design inside the new brewery reflects their dedication to Philadelphia," a press release from Yards states.

In early 2018, Philadelphia Pale Ale, IPA and Brawler will be available in 12-ounce and 16-ounce cans. The new brewery space will allow Yards to can its beers for the first time.