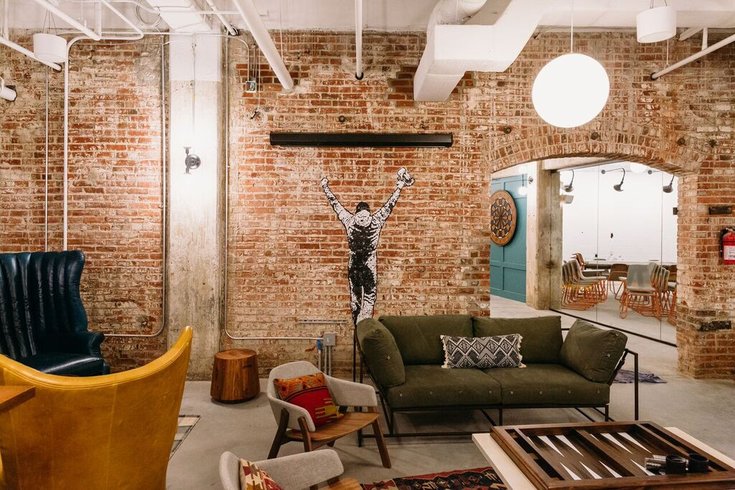 WeWork will offer La Columbe coffee and a local beer on tap, plus ample space for community events.

WeWork, one of the biggest companies spearheading the transition from traditional offices to millennial-luring co-working spaces, has announced a new commitment to hire 1,500 refugees globally in the next five years.

The announcement comes just days after the company announced it would also hire the same number of veterans in its offices over the next five years. WeWork began seeking refugee employees through a pilot program based in New York earlier this year, working with the International Rescue Committee for a total of 50 hires.

Now, the refugee program will be applied on a global scale, starting first in the United States and United Kingdom.

In addition to encouraging WeWork offices to reach their hiring quotas, the company will also help provide refugees with mentorships and language courses. The company has six locations in Philadelphia.

Several other companies have made public initiatives to offer refugees a means of employment as they try to establish their new lives. After President Donald Trump announced his initial travel ban shortly after the Inauguration, Starbucks pledged to hire 10,00 refugees by 2022. Even before the travel ban, companies including Chobani and Uber made similar promises.

WeWork CEO Adam Neumann told the Washington Post that the refugee pledge was “not a political statement,” but rather a way to help solve the growing problem of refugee displacement.

The Post reports that the refugee jobs during the pilot program in New York filled community service associate roles, with workers taking care of the daily maintenance and tenant assistance needed in WeWork spaces.