Humpback whale found dead off cost of Cape May County 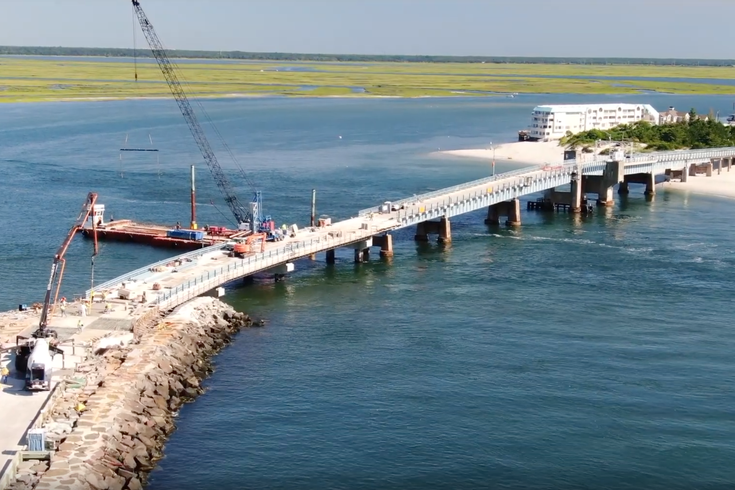 The Townsends Inlet Bridge separates Sea Isle City and Avalon in Cape May County, New Jersey. A dead humpback whale was spotted in an sandbar in the inlet in Nov. 2020.

A dead humpback whale was spotted Thursday near a sandbar in Townsends Inlet off the coast of Cape May County, officials said.

The mammal, believed to be deceased for several days, is between 20 and 25 feet in length.

Beached in the inlet just across the Townsends Inlet Bridge on the bay side is a dead whale that was discovered this...

Marine Mammal Stranding Center director Bob Schoenkopf told NJ Advance Media that it remains too dangerous for the whale to be removed at this time. Coast Guard officials were sent to the area, but sharks were moving in and out of the water near the carcass.

Schoenkopf said the whale is about 100 yards off Sea Isle City, in the inlet that separates the town from Avalon.

The whale was first observed Wednesday afternoon, but darkening conditions made it difficult to determine any more about the mammal.

The discovery comes after two kayakers in California were lucky to escape with their lives on Monday, when a humpback whale breached the water at Avila Beach, briefly capturing the two kayakers in its mouth as their boat tipped. They fortunately did not suffer any injuries.

It remains unclear when the dead whale in Townsends Inlet will be removed from the water.