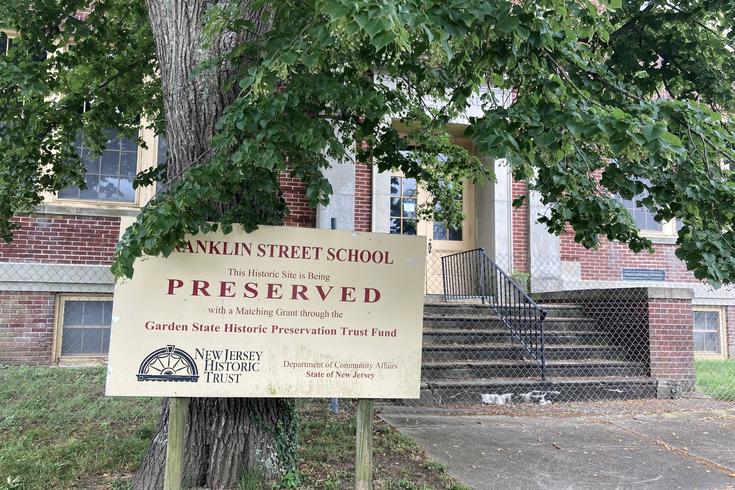 The Franklin School was built in 1927 for Black students in Cape May and remained open until New Jersey outlawed school segregation in 1948. The building will be rehabilitated and converted into a branch of the Cape May County Library System.

A former elementary school that has stood as a symbol of Cape May's history of racial segregation will be repurposed as a library branch in the Cape May County Library System, officials announced.

The New Jersey Historic Sites Council voted unanimously last week to approve the rehabilitation of the Franklin Street School, part of a larger initiative to create the city's "Museum Row" and downtown arts and culture district.

Built in 1927, the Franklin Street School was opened for Black students in kindergarten through eighth grade. It had only three classrooms and three teachers to educate Black residents in Cape May. The school was notably located around the corner from Cape May High School, which was open to white students only.

At the time of the building's construction, a new gymnasium at The Franklin School stood as one of the most visible symbols of segregation in Cape May. Though the gym was attached to the school, only white students from Cape May High School could use it, except during recess on rainy days. The school was architecturally designed so that no door from the Black section of the building on the upper floors could connect to the new gym, which had a separate grand opening from The Franklin School.

The school closed in 1948 when New Jersey amended its Constitution to prohibit school segregation, six years before the Supreme Court ruling on Brown vs. The Board of Education led the way for broader desegregation.

In the decades since The Franklin School's closure, it has largely been used as a municipal storage site. It fell into disrepair, but was preserved by New Jersey's designation as an African-American Historic Site.

The decision to turn the building into a library comes after years of efforts to secure a suitable community use for the building.

"This is a great step forward for Cape May," Mayor Zach Mullock said. "Not only will we preserve such important, and largely forgotten history, but we have unanimous support from the State Historic Sites Council to help preserve such an important building for the city of Cape May. This building will be a wonderful library, community center and a place of fellowship for all to gather, learn and have fun!"

The school is located just around the corner from the Harriett Tubman Museum on Lafayette Street, which was a center of abolitionist activity in the 1840s and 1850s. Tubman lived and worked in Cape May during the time, working with other abolitionists, including Franklin Sanborn, to plan trips to slave-owning states and transport Black fugitives to safety.

A timeline for the completion of the library at The Franklin School has not yet been determined.