The 213-acre property in Marple Township is owned by the Archdiocese of Philadelphia. Multiple plans to develop the site have been rejected 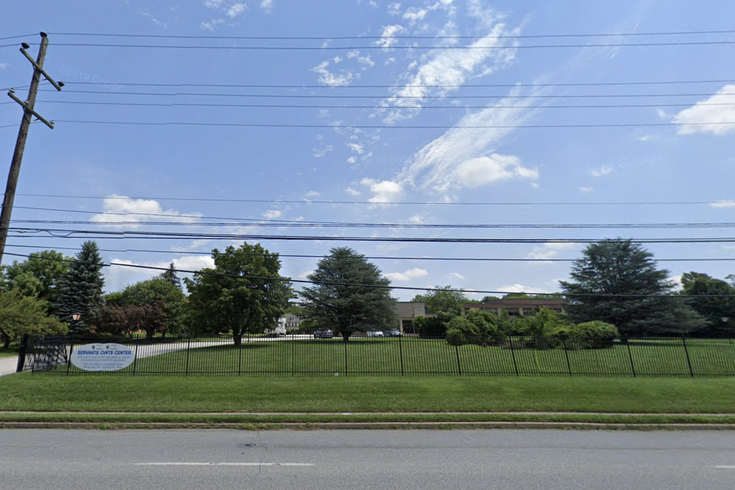 After several years of stymied development plans at the former site of the Don Guanella School, Delaware County Council has set its sights on acquiring the 213-acre property in Marple Township where officials hope to develop what will become the largest county-owned park in Delaware County.

The large parcel on Sproul Road, owned by the Archdiocese of Philadelphia, has been a source of contention over proposed development plans since the school's closure in 2015. The Don Guanella School had served for decades as a facility to educate and provide residential services for men with intellectual disabilities. Plans to close the school were set in motion in 2013, leading to competing visions for what to do with the large property.

Acres of undeveloped land around the school have made it an appealing site for developers, but local resistance in Marple Township has shot down a series of residential and commercial projects.

Delaware County County Council members said Tuesday that the county will work to acquire the parcel through eminent domain at a price negotiated between the county and the owners, or as determined by the County Board of View.

"We are enormously pleased that we will be able to secure one of the last large tracts of open space in densely populated eastern Delaware County for use as a public park," Delaware County Council Chairman Brian Zidek said. "Even prior to the COVID pandemic, we knew that open space – including parks, trails and bike paths – bring real economic and environmental benefit to our community and this park will dramatically improve our county's quality of life."

The creation of a park would protect the site's old-growth forest and provide immediate recreational benefit to approximately 14,000 residents who live within a mile of the property. About 53,000 people live within a two-mile radius.

"For almost a decade, area residents have waited anxiously to see what was going to happen with the land at Don Guanella, especially since our community is nearly completely built out. Saving these amazing woods will be welcome news for everyone," said Richard Jones, a resident of Marple Township who has vigorously fought development plans at the site. "I know that everyone who enjoyed this natural space previously could not be happier that the county is going to secure this land permanently as a public park. It's the best possible outcome."

The county also touted the environmental and health benefits of a new park, arguing that it will support a diverse ecosystem and protect air quality in a county with high rates of asthma among children and adults.

At least four previous development proposals had been made at the former Don Guanella School since its closure.

Last December, the Marple Board of Commissioners unanimously rejected one from Carlino Commercial Development that would have brought 141 residential units to 89 acres of the site, with additional space for potential uses as a day care center, medical offices, a community facility and a senior living facility. The Village at Sproul Road proposal was rejected twice.

The West Conshohocken-based developer had entered an agreement of sale with the Archdiocese of Philadelphia in 2017, when a previous proposal from them had called for approximately 140 residential units on 40 acres of land. The remaining 173 acres would have been kept as protected forest, but that proposal also was shot down.

Before that, the Archdiocese of Philadelphia had entered a $47 million agreement of sale with Jenkintown-based Cardinal Crossing Realty Associates, which had proposed a mix of residential, business and retail space with additional recreational amenities for the site. That proposal was rejected by township supervisors, with further resistance coming from the community group Save Marple Green Space. A lawsuit filed by the developer was dropped and the archdiocese pulled out of the deal.

The ordinance introduced this week by county council, if adopted, will allow the county to use Pennsylvania's eminent domain laws to take control of the property by paying fair market value to the site owners.

In the event a price cannot be negotiated by the county and the owner, either party can appeal the valuation set by the Board of View. The matter would then become a case in Delaware County Common Pleas Court and be determined at trial by a jury.

Officials did not say where Delaware County will draw funds to pay for the parcel. The required Notice of Taking could be filed as soon as the second half of July, council said.