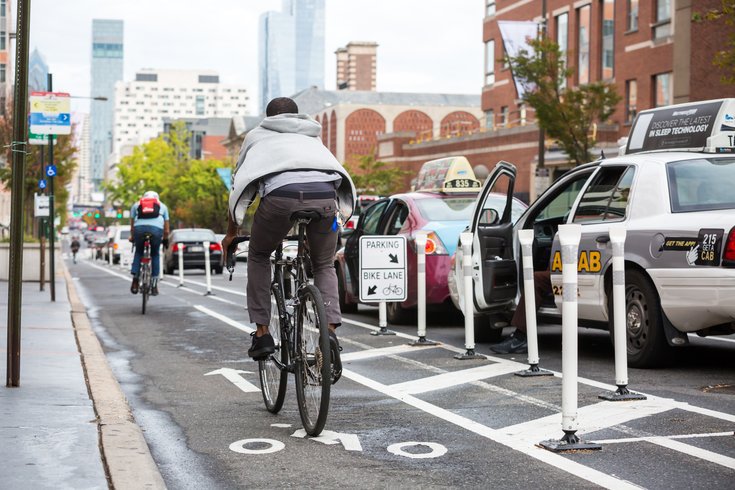 The city's Knitting the Network Project to improve various bike lanes is scheduled to take place during daytime hours and may involve single lane closures.

The Philadelphia Streets Department undertook a new initiative this week that is sure to come as a welcome sight to cyclists across the city.

New construction on the city's Knitting the Network Project started this week as part of an effort to bolster bicycle-riding options across various streets in Philly.

The project involves adding, upgrading or reconfiguring bike lanes by installing pavement markings and flexible delineator posts across various roadways in the city.

The specific enhancements and roadways included in the project are the following.

Work is scheduled to take place during daytime hours, weather permitting, and may involve single lane closures. Construction is slated to be completed by early summer as more cyclists take to the streets during the warm weather months.

The Knitting the Network Project is the final portion of a multi-year fund. Worth approximately $500,000, the project is funded by the Pennsylvania Department of Community and Economic Development Multimodal Transportation Fund and Automated Red Light funds.

The project is just one of a number of efforts recently undertaken by the city to improve bicycle-riding options for cyclists in Philly and separate bicyclists from motorists on roadways.

Earlier this week, the city unveiled a public-input process on proposals to improve traffic safety along a six-mile stretch of Chestnut and Walnut streets in West Philly.

The city also added a parking-protected bike lane to a redesigned stretch of Chestnut Street from 34th Street to 45th Street. The redesign completely eliminated bicycle-involved crashes within the 11-block stretch along Chestnut Street.

The city's Knitting the Network project also comes as cyclists have taken to the vehicle-free Martin Luther King Drive during the COVID-19 pandemic. However, motorists are expected to return to the thoroughfare for the first time in almost 18 months this August, forcing cyclists to find new roads and trails to ride.