MLK Drive to reopen to vehicles in August 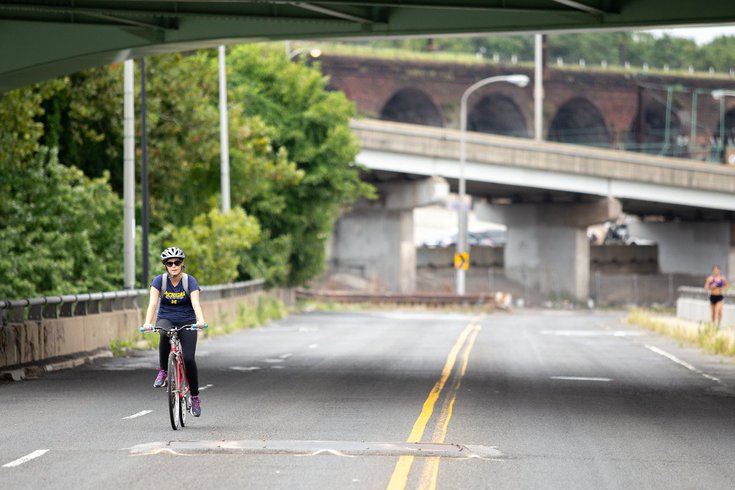 MLK Drive will remain closed to vehicles on weekends through the end of October in order to allow bikers and pedestrians to access the roadway.

Starting later this summer, Philadelphia motorists will be permitted to use Martin Luther King Drive for the first time since the COVID-19 pandemic began.

Mike Carroll, deputy managing director for the Office of Transportation, Infrastructure and Sustainability, told City Council during a budget hearing Monday that the roughly four-mile long roadway will reopen to cars the first week of August, WHYY reported.

According to KYW, Carroll said MLK Drive can't reopen to vehicles right away because the city has been conducting repairs to the road since its closure last March.

City workers still have to pave and stripe the roadway, improve flood mitigation and clean up the trails before vehicles can return, Carroll said. Improvements to lighting fixtures have also been made along MLK Drive as well, according to 6ABC. All renovations to MLK Drive are expected to be completed by the end of July.

The city will continue to close the roadway for weekend recreational use through the end of October. Opportunities to extend such closures are being explored. Adjustments to the configuration of MLK Drive are under review, too.

The Bicycle Coalition of Greater Philadelphia called upon the city to hear from all stakeholders who are "interested in the future" of MLK Drive so that pedestrians may continue to use the roadway for recreation.

"It’s likely many of those folks do not see eye to eye over the future of the road at this point, but they all deserve to be heard and to have the City come up with a configuration that benefits them," policy director Randy LoBasso wrote in a statement.

LoBasso urged that "the time is now," citing future construction of both the MLK Drive and Falls bridges, which could take up to two years to complete.

"Even if MLK Drive went completely back to the way it was pre-COVID, full access from bridge to bridge will be limited once bridge construction commences," LoBasso said.

Motorists have been barred from using MLK Drive since the start of the COVID-19 pandemic last year. The city explained that closing the road would provide more room for social distancing as city residents flocked to outdoor spaces amid the lockdowns during the early days of the public health crisis.

MLK Drive has turned into a popular destination for bikers, walkers, runners and joggers to safely exercise over the past 14 months.

About 5,000 people used the road for recreational activities per weekday, with that daily number ticking upward to more than 9,600 people on weekends, according to the engineering firm WSP. That equals a 1,300% increase in the number of people visiting MLK Drive to the 500 daily visitors pre-pandemic.

Roughly 90% of the people using MLK Drive during the pandemic were new trail users, LoBasso said.

The road's popularity among bikers and pedestrians led to the city extending its closure through this spring. It allowed for the city to resurface and renovate the road at a quicker pace and cheaper cost than if MLK Drive were open to cars.

But local cycling activists have called on the city to make its vehicle restrictions permanent for MLK Drive, leaving the roadway solely to bikers and pedestrians. The Bicycle Coalition of Greater Philadelphia proposed a new configuration that would have turned MLK Drive into a four-lane shared roadway, with two lanes for bikers and pedestrians and two lanes for vehicles.

MLK Drive runs through West Fairmount Park between the Schuylkill River and I-76 from Eakins Oval to the Falls Bridge.

The reopening of MLK Drive this August will come as the city completes its $1.4 million renovation of the MLK Trail.

The repaired path is "a wider, safer trail that is more accessible for everyone," according to the city. Improvements to the MLK Trail began in January and are expected to finish up this month.

LoBasso, however, said that the new trail is not large enough to accommodate the number of pedestrians who will be pushed off MLK Drive come August.

The four-mile long, multi-use trail runs from the Falls Bridge to the MLK Drive Bridge.