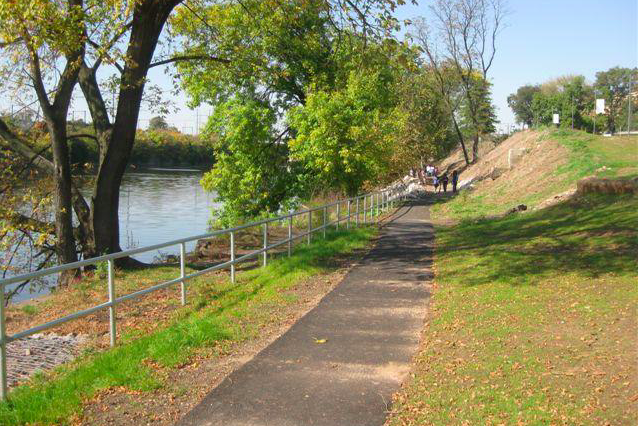 Philadelphia's Martin Luther King Trail is receiving $1.4 million in upgrades as part of a reconstruction project on target for completion in spring 2021.

The popular Martin Luther King Trail in Fairmount Park is in the midst of receiving several upgrades that will be ready for the public to enjoy this spring.

Use of the trail surged during the early days of the coronavirus pandemic, prompting the city to shut down vehicle traffic on Martin Luther King Drive. The closure, extended through at least spring 2021, caused the city to pursue the reconstruction project.

Built more than 50 years ago, the trail has long been in need of rehabilitation due to poor drainage, tree root damage, outmoded construction, insufficient width in key locations and poor bike ramp design at some locations.

Features of the reconstruction project include the following:

• Trail design that will avoid conflict with existing tree roots, minimizing and/or eliminating future tree root damage to the trail and providing a safe, smooth surface

Along with the trail project, the city and PennDOT also are undertaking a road resurfacing project on Martin Luther King Jr. Drive.

“The Martin Luther King Trail in West Fairmount Park is one of the most well-used, and well-loved, trails in Philadelphia,” said Philadelphia Parks & Recreation commissioner Kathryn Ott Lovell. “Parks & Rec is excited to be well on the way to delivering a wider, safer, more accessible trail for Philadelphians to enjoy in 2021 and beyond.”