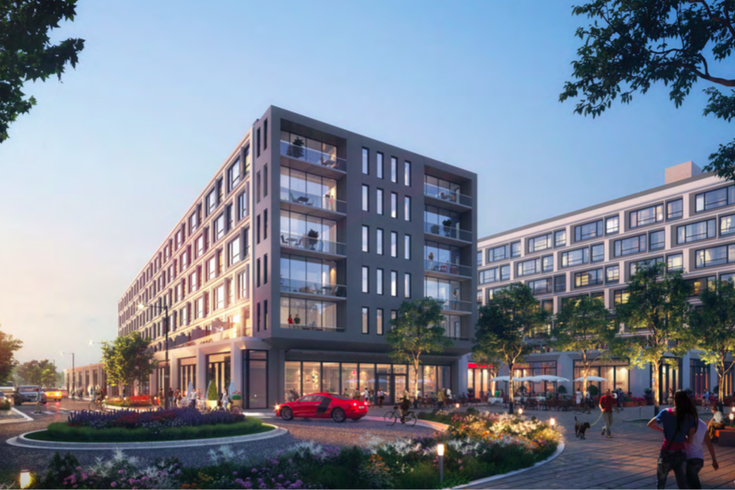 National Realty Investment Advisors aims to add 855 apartments and about 38,000 square feet of commercial space along the Delaware River waterfront in South Philadelphia.

Development along the Delaware River waterfront has long been a priority in Philadelphia, but some of the more high-profile projects envisioned during the last 25 years have failed to materialize.

The Philadelphia 76ers got rejected last year when they proposed a new stadium at Penn's Landing. A far-fetched plan to build a sky tram over to Camden fell through in the early 2000s, the last strange remnant of which was knocked down in 2020.

And perhaps most memorably, Las Vegas casino mogul Steve Wynn's Foxwoods Casino was supposed to be built on a large lot along South Columbus Boulevard. Within a year of its approval in 2010, the Pennsylvania Gaming Control Board revoked the casino's license due to a lack of funding. (A decade later, Live! Casino & Hotel is now opening in South Philadelphia).

In the past few years, there has been more movement on the two parcels that make up the former Foxwoods site. While Tower Investments CEO Bart Blatstein has met community and ZBA resistance to his proposed Wawa gas station and supermarket on the east side of the site, the west side now appears to be nearing a solid plan.

Developer National Realty Investment Advisors has made a significant adjustment to the proposal it put forward last January for 1401 S. Columbus Blvd. At the time, the plan called for a 448-unit complex consisting of 356 multi-family units, 92 separate townhomes and 12,000 square feet of commercial space.

In their latest presentation to the city's Civic Design Review board, the developers have scrapped the town home portion of the project on the north end of the property. They're calling instead for another mixed use building with apartments and commercial space designed by BLT Architects. 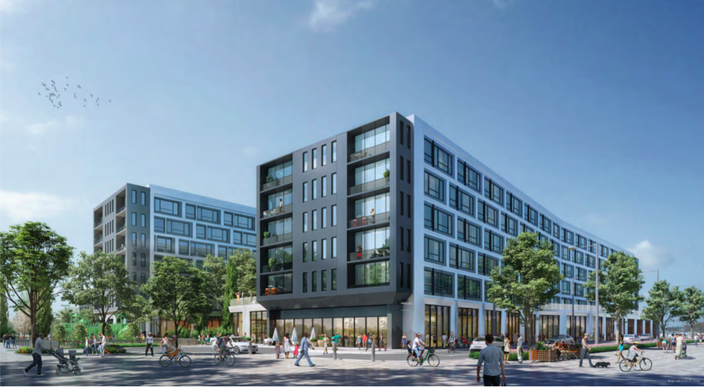 Combined the two proposed properties would contain 855 apartments and about 38,000 square feet of commercial space. There also would be about 550 parking spaces and a pedestrian trail between the two buildings connecting with the Schuylkill River Trail. The lot runs from Reed Street south to Tasker Street. 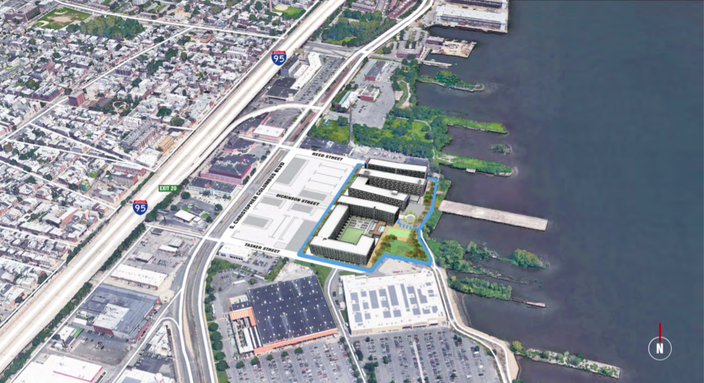 With the added commercial space, it's still unclear what kinds of businesses might be destined for the location, but the possibilities have now opened up with this proposal.

This version of the project will be discussed by the CDR board early next month. How soon it may move forward is still unknown, but the days of referring to this lot as something it never became may be reaching an end.