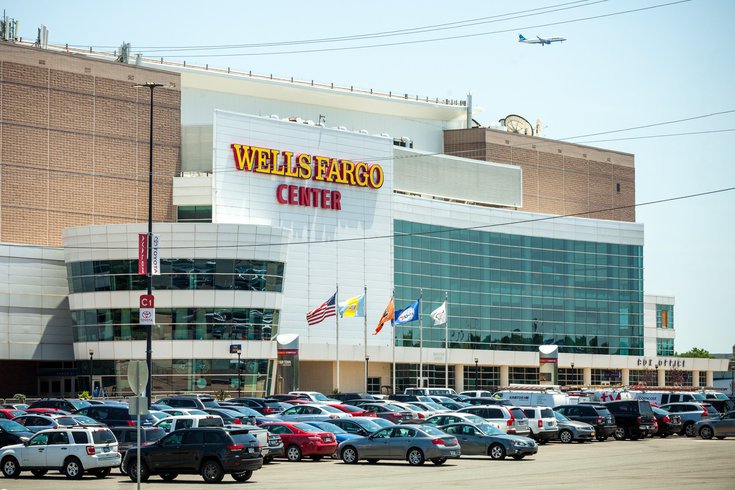 The Philadelphia 76ers will not be moving forward with a new arena at Penn's Landing, ending an effort that provoked backlash from critics of the taxpayer-funded proposal and its potential impact on the city's emerging waterfront development.

The Delaware River Waterfront Corporation announced Wednesday that it has selected another proposal from the New York-based Durst Organization, which plans a $2.2 billion investment in residential, retail and hotel developments on Market Street and a Marina Basin site. The Durst plan does not require any public subsidy.

Late last month, Sixers owner Harris Blitzer Sports & Entertainment revealed plans for an 18,500-seat arena at Penn's Landing, which would have been accompanied by several other residential, retail, hotel, educational and parking structures.

The team's $4 billion contribution to the plan would have been supplemented by more than $700 million in public incentives as part of a neighborhood improvement zone. The organization also had committed to investing in minority-owned businesses.

"We were proud to put forward a proposal for Penn’s Landing centered around equitable economic development and growth," the Sixers said in a statement Wednesday afternoon. "Our project aimed to be part of the solution while delivering a world-class experience for our fans and the city at large. We are grateful to the DRWC for their dedication and commitment to this process, especially through an extraordinarily difficult time for the City of Philadelphia.

"As we continue to pursue our future home, we remain committed to a vision that anchors a world-class venue with transformative community development, job creation and economic empowerment for low income and minority communities."

With the Sixers losing out on this bid, some worried that the team would consider moving to Camden, where their practice facility and offices are located. A source told PhillyVoice that the team will "continue to explore options in Philadelphia for a future home."

In addition to Durst and the Sixers, two other proposals were submitted to the DRWC by Penn's Landing Community Partners and Hoffman & Associates.

Here's a look at all four proposals:

All four proposals, for anyone that hasn't seen them. 76ers is top right. pic.twitter.com/gZWSXMrDYZ

The choice to go with the Durst proposal was guided by the DRWC's commitment to fulfilling the Master Plan for the Central Delaware. That includes the $225 million park project that will cap I-95 from Chestnut to Walnut streets, adding an extension to the South Street Pedestrian Bridge and the Schuylkill River Trail. Construction on the park is slated to begin next year.

The Durst Organization first purchased waterfront property in Philadelphia in 2017, touting a vision of long-term development for the underutilized stretch along the Delaware River.

Philadelphia City Councilwoman Helen Gym applauded the DRWC's decision not to go forward the with the Sixers arena proposal.

“The DRWC has spoken and ended the unseemly spectacle the Sixers put on over the past week with their P.R. and lobbying campaign despite a global pandemic and housing crisis in our city," Gym said. "The DRWC process prohibited applicants from public lobbying of their proposal for good reason. The Sixers’ antics must be relegated to days past, when our waterfront was littered with the empty lots of broken promises by developers who come and go as it suits them, not based on what our city both needs and deserves."

The Sixers' lease at the Wells Fargo Center is set to expire in 2031 and the team has publicly shared its dissatisfaction with the partnership in the long-term. In official team materials, the Sixers refer to the arena as "The Center," stemming from a long-standing dispute with the banking giants.

The Philadelphia Business Journal reported this week that the Sixers will continue to explore other possible sites for a new arena.

For the DRWC, the next step will be signing a formal agreement with the Durst Organization and beginning the process of community engagement.

PhillyVoice's Kyle Neubeck contributed to the reporting of this story.