Project from Southern Land Company would include retail, restaurant space 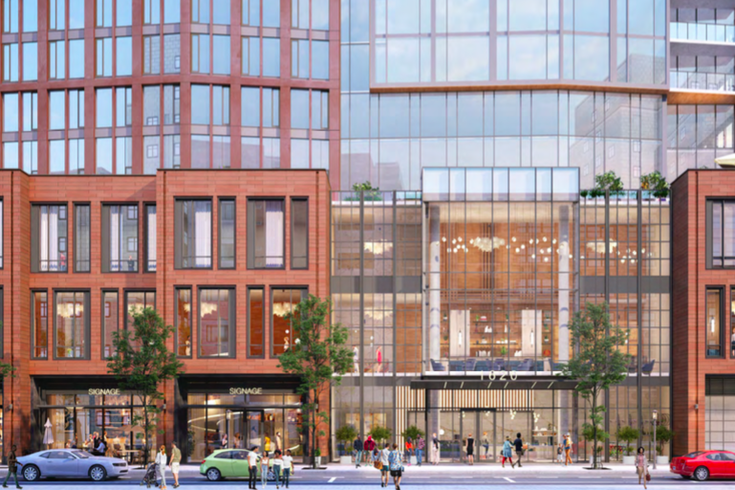 Southern Land Company's proposed 26-story building at 1620 Sansom Street would including 310 apartments, 57 parking spaces, and retail and restaurant space. The project will be presented to the Philadelphia Civic Design Review board in August.

The project at 1620 Sansom Street is led by Southern Land Company, the same developer behind The Laurel, a 48-story luxury condo tower under construction on Rittenhouse Square. 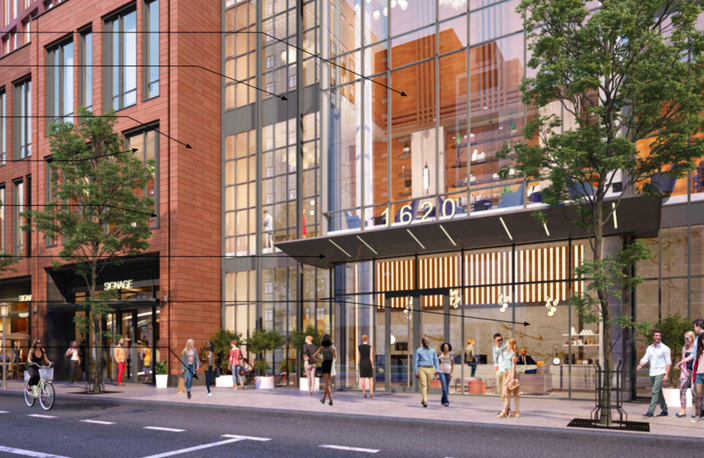 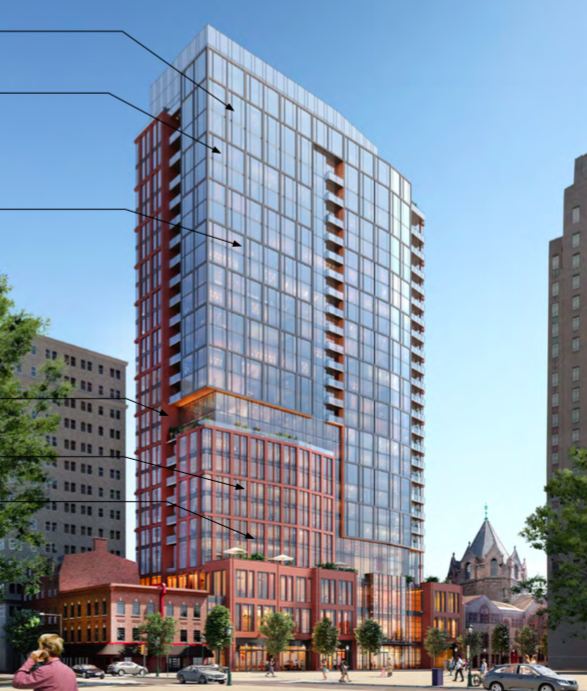 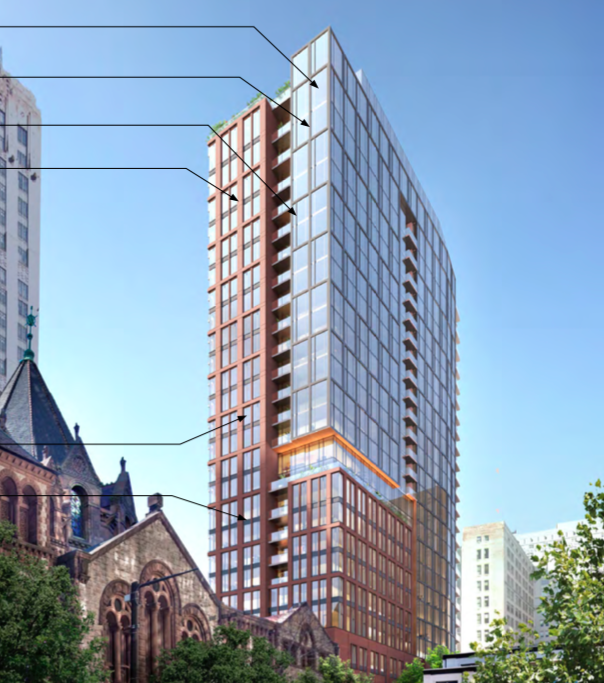 As OCF Realty noted Tuesday, the project's timeline for approval could beat the pending curtailment of Philadelphia's 10-year tax abatement on residential construction. The longstanding policy to spur development was reformed last December after a heated battle over its future.

With the city's finances devastated by the coronavirus pandemic, an influx of construction-related tax revenue in the years to come may be more welcome than anticipated.

But OCF Realty, a real estate brokerage that has long supported the tax abatement, suggested the size of the Southern Land Company proposal offers a telling sign of the state of development in Center City and the possible impact of gradually slashing the abatement.

Due to high construction costs and low rents/sales prices per foot, developers previously stuck with low and mid-rise buildings, even in the heart of Center City. This project, alongside others like the Laurel and the Harper, is a strong indication that rents and sale prices have finally caught up to construction costs. This makes the upcoming alteration of the tax abatement especially galling, since it will reset the bar and take us out of this equilibrium. We’d even go so far as to say that it’s a good thing this project is getting approvals this year, since we don’t think it would be financially feasible when the abatement changes next year.

Proponents of the tax abatement reform contended that the policy benefited wealthy developers and residents in their buildings, at the expense of city schools in chronic need of additional funding.

The project on Sansom Street reportedly would use the low-income housing bonus to increase the building's floor area ratio, paying $2 million into Philadelphia's Housing Trust Fund for affordable projects.