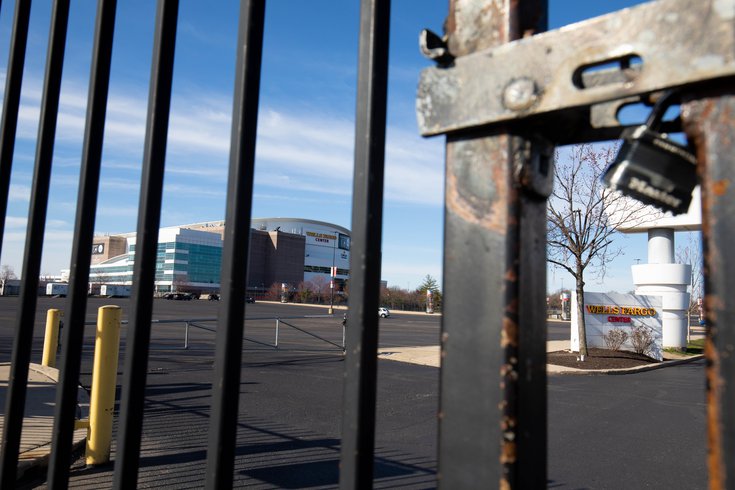 The Sixers confirmed Thursday morning that the franchise is exploring building a new arena at Penn's Landing when their Wells Fargo Lease expires in 2031. The Philadelphia Inquirer first reported the news on Wednesday afternoon, moments after Milwaukee Bucks players sparked an NBA work stoppage centered around systemic police violence.

In a statement provided to PhillyVoice, the team did not rule out other options:

"The 76ers have long enjoyed a strong relationship with Comcast-Spectacor," a team spokesman said, "but the organization is exploring all options for when its lease ends at Wells Fargo Center in 2031, including a potential arena development at Penn’s Landing."

Arena-related revenue has been a sore spot for the Sixers and their current owners since they first purchased the team in 2011. Some of those efforts have spilled into the public.

In official team materials, the team has made a pointed effort to refer to Wells Fargo Center simply as "The Center," stemming from a long-standing dispute with the banking giants. The Sixers went so far as to propose putting the Wells Fargo Center logo in invisible ink on their hardwood during games, visible only through blacklight during pre-game intros.

CEO Scott O'Neil has gone on the record about the dispute, telling PhillyMag in 2015 they had no shame about the move.

“It’s probably the first naming-rights partner in the history of a building that didn’t become a marketing partner of a team that played in the building,” he said, noting that the bank told Sixers management that it wanted to focus on tennis and golf rather than basketball.

"From our end, we’ll live to the letter of the contract from the building, but we’re not going to endorse or support someone who’s pulled their support from us,” he said. “That’s not fair to the other partners that we have.”  [PhillyMag]

There are dozens of stories like these that illustrate the dynamic in their home arena. Last fall, it was reported the Wells Fargo Center would sign an official beverage deal with Coca-Cola, ending a 23-year run with Pepsi. The Sixers, however, maintain a marketing/brand deal with Pepsi, according to a person familiar with the franchise's partnerships. In spite of this partnership with Coca-Cola's direct rival, the Sixers are subject to the "pouring rights" negotiated by the building.

It's within this context that rumors have been floated over the years about their desire to play in a new arena, or at the very least negotiate a more favorable deal. Now that the Sixers are edging closer to the end of their lease, what does a new arena proposal look like?

While the exact funding of a potential arena is still fluid, a source familiar with the team's proposal says the 76ers are not seeking a direct appropriation of city or state taxpayer money to support the project. The Neighborhood Improvement Zone program (NIZ for short) is at the center of the proposal, which would allow for bonds to be issued on future revenue produced by the project.

What does that actually mean in practice? The site of the proposal currently generates no revenue for the city of Philadelphia or the state. The Sixers contend the city would gain revenue from the future project, and that they would take a portion of that revenue, which they would only characterize as "a small portion," rather than a specific number.

The Sixers, a source familiar with the situation says, claim they will then use that "small portion" to reinvest money into the community. Elements of the proposal include the creation of public-use projects such as schools, parks, and museums, including an "African American Museum" at Penn's Landing.

The proposal includes investment in minority-owned businesses, though claims about the long-term benefits (earmarked at $1 billion, per a source) to Black and Brown communities will be subject to further scrutiny. A source familiar with the situation says that figure includes but may not be limited to the construction of the development project, the creation of businesses in the arena, and hiring of black employees to run operations in the area.

Whether the proposal is accepted at all is another story, as the Sixers' project is one of many proposals submitted to the Delaware River Waterfront Corporation. The Sixers have been in discussions with local officials who support the proposal, but it is certain to be a fraught issue politically.

The Sixers' own history doesn't help there. During the early lockdown period of the COVID-19 pandemic, the Sixers briefly proposed cutting salaries for at-will employees making more than $50,000. The move was met with near-universal backlash, including from franchise center Joel Embiid, who committed to assisting impacted team employees before the franchise reversed course on the decision.

Within the community, there will be concerns about the fine print of the proposal, in addition to whether the city would be better served by other proposals more explicitly aimed at public works projects.

Eleven years out, there's a lot that can change between now and the expiration of Philadelphia's current arena arrangement. But the groundwork is being laid, and you can be sure this won't be the last we hear about this proposal.