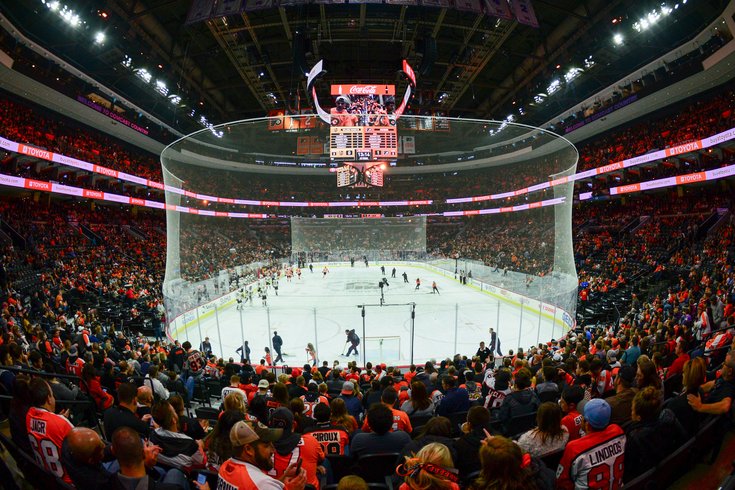 The next time you pop down to the Wells Fargo Center for a Flyers game, you'll be able to kick back and relax with the superior cola.

The Flyers and the Wells Fargo Center recently agreed to a deal with Coca-Cola for the popular brand to be the official beverage partner of the team, and of the arena, according to the Philadelphia Business Journal.

Pepsi previously had served as the official soda of the Flyers and the Wells Fargo Center since 1996. It's unclear for how many years the new deal with Coca-Cola will last, according to the Journal. The deal itself technically began earlier this year, with the Flyers' Oct. 9 home opener.

Mike Schwartz, the Senior Vice President of Corporate Partnerships for the Flyers and the arena, told the Journal the move was based on a good deal from Coca-Cola, rather than dissatisfaction with Pepsi.

Coca-Cola will also be the main sponsor behind an upcoming promotion called the "Big Ticket Giveaway", in which one fan wins tickets to all Flyers home games, as well as all concerts and special events, at the Wells Fargo Center for an entire calendar year, per the Business Journal.

At face value, this move seems like a win for Flyers and Sixers fans, because Coca-Cola is undoubtedly the better cola, and anyone who says otherwise is wrong.

However, as PhillyVoice's Kyle Neubeck noted, the arena's move away from Pepsi does mean the loss of Mountain Dew, a popular choice for attendees seeking a hyper-charged caffeine surge to stay awake through those 8 p.m. primetime starts. It also means swapping out Gatorade for Powerade (a loss), and trading Sierra Mist for Sprite (a victory).

Were I in charge of marketing with the Flyers, I would use this opportunity to work on a Flyers-themed collaboration based around Coca-Cola's (relatively) new Orange Vanilla Coke and Gritty. But that's just me.