Colorful former KFC on Broad Street to be demolished, turned into mixed-use building 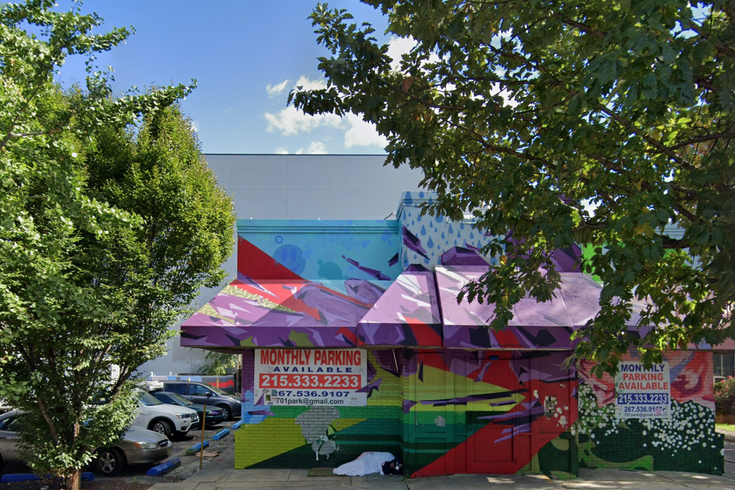 The artsy former KFC on South Broad Street will soon be no more.

If you've spent any amount of time walking South Broad Street, you've likely walked past a colorful, seemingly-abandoned building in the block between Bainbridge and Fitzwater streets. You might've even taken an Instagram of the street art-adorned structure.

Formerly a Kentucky Fried Chicken, the building has been dormant for years, and in the interim the structure received a nice coat of bright paint to spruce up an otherwise drab lot.

It's not exactly the Kim Kardashian-Kanye West Wendy's on Chestnut or the Ol' Dirty Bastard McDonalds in Grays Ferry, which hold truly special places in this weird city's pop culture lore, but it's still a fun street-side sight:

Now, however, it seems the former KFC's time as a Philly oddity is drawing to a close. The building, and the accompanying surface lot, will be demolished and replaced with a mixed-use building featuring residential units, a roof deck, and a ground floor "fresh grocer", according to Compass Real Estate's blog.

The brand of grocery store headed into the ground floor area hasn't been disclosed, but the location is interesting, popping up just 0.3 miles from the relatively new Sprouts Farmers Market at 1000 S. Broad St.

Permits for the mixed-use building have been pulled, according to Compass, but it's unclear when construction will begin, so you still have time to snap a photo of the colorful KFC.

Whether the second KFC on Broad Street, up near The Met, will now shutter and receive a colorful makeover to compensate for the loss has yet to be determined.