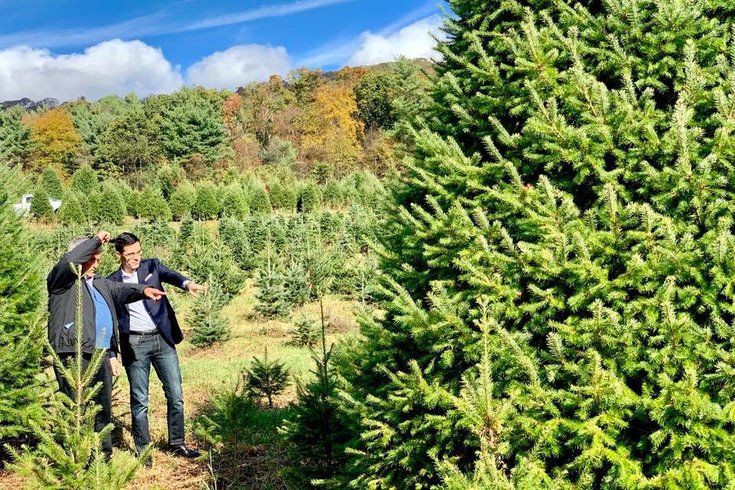 Mahantongo Valley Farms in Northumberland County will deliver a 23-foot Douglas fir to the White House on Monday. White House officials picked out the tree after visiting the farm in September.

Christmas trees from Pennsylvania and New Jersey will decorate the White House and the vice president's residence this holiday season.

Mahantongo Valley Farms which straddles Schuylkill and Northumberland counties in Pennsylvania, will deliver its trees to the White House on Monday. Among the evergreens the farm will supply is the main Christmas tree featured in the White House's Blue Room – 23-foot-tall Douglas Fir that will become the White House's official tree, according to the Pennsylvania Department of Agriculture.

In September, White House officials visited Mahantongo Valley Farms – owned by the same family for 200 years – and selected the specific evergreen for the Blue Room.

The Blue Room tree is always delivered the Monday before Thanksgiving and traditionally, it is decorated by the first lady. The state's department of agriculture estimates it will be seen by 2 million visitors to the White House.