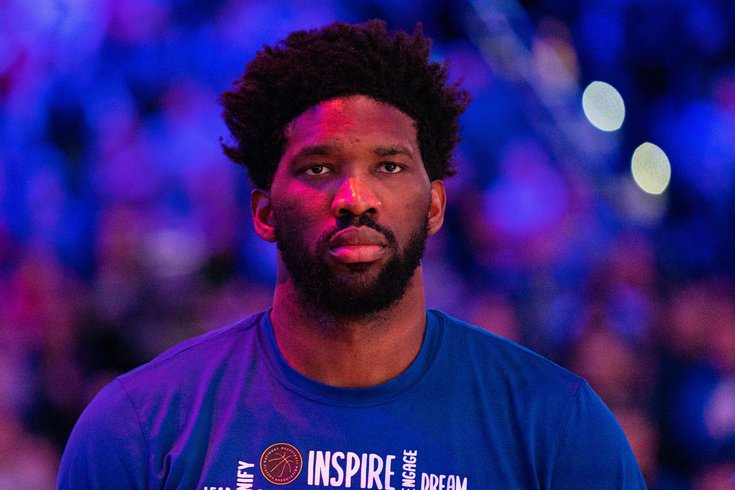 In the wake of an ownership decision to cut salaries for at-will employees of the Sixers and Devils, Sixers center Joel Embiid has reportedly pledged to donate $500,000 to COVID-19 relief efforts, in addition to a commitment to help out team employees who will be impacted by the salary reductions that have been handed down by the organization as of Monday. That's the word from ESPN's Ramona Shelburne on Tuesday afternoon.

While it is not clear how much money is attached to Embiid's second commitment, that is a pretty pointed statement less than 24 hours after word leaked that the Sixers were making changes to their salary structure. With ownership tightening the budget and reducing salaries up to 20 percent for all at-will employees making over $50,000, the team's best and most prominent player is signaling to those impacted that he's there to help.

[UPDATE: After massive blowback online following their decision to force employees into taking a pay cut, the Sixers have announced that they reversed course and will no longer be asking them to take the cut. MORE]

Those impacted by the cuts include employees in marketing, sales, communications, and a variety of different members of business and sports operations for both franchises, a team source told PhillyVoice. The change will apply to the period through the end of the Sixers' fiscal year on June 30th. The Sixers will not have layoffs and there will not be any changes to health insurance or 401k as a result of the move, a team source told PhillyVoice on Monday evening.

For contract employees, which includes members of the coaching staff and front office, staff members have been asked but are not mandated to take the same salary reductions. Early indications suggested department leaders, including GM Elton Brand and HBSE CEO Scott O'Neil, were willing to participate in the program. A new report from ESPN's Adrian Wojnarowski, however, says that there is a level of apprehension from contracted staff members about taking a salary deduction they're not mandated to take.

Members of Sixers coaching staff and front office on contracts have until Thursday to agree to 20 percent salary reduction, sources tell ESPN. Among many so far, there's apprehension on committing to giving back money -- especially with uncertainty surrounding employment futures.

To editorialize for a moment, this puts even contract employees in an extremely difficult position. They can't technically be mandated to take a pay cut, but that's like a high school coach telling players certain practices aren't strictly "mandatory" to see who does and doesn't show up. Some staffers will have to choose between helping out other team employees who they work long hours with closely, and looking out for their own families during an uncertain time. Responsibility is being passed onto them by, to put it lightly, an ownership group with a lot more financial wiggle room to work with.

PhillyVoice reached out to team employees and people in the know after learning of the change Monday night, and the overall reaction was mixed, as you might expect in a large, diverse organization.

Several staffers stressed the desire to look out for other members of the organization in the midst of the reductions, while others were curious to see whether this was part of the beginning of a leaguewide trend or a situation unique to the Sixers and their owners. Staffers with spouses or family members in other industries pointed out that reaction on the business-side has been far from universal, with some companies choosing to offer their employees proactive help vs. asking them for salary reductions.

It's hard to say with any level of certainty what the long-term impact of this hiatus will have on not just the Sixers, but the entire league. At the moment, players are still waiting to find out what the status of their paycheck is for the April 15th pay period and beyond, with the league currently expected to stay shuttered until at least mid-late June at a minimum.

Purely on optics, though, this seems like a pretty terrible situation for Philadelphia to be in. As ownership clutches their wallets, their employees (including the most prominent of them all) are stepping up to try to make up some of the difference.