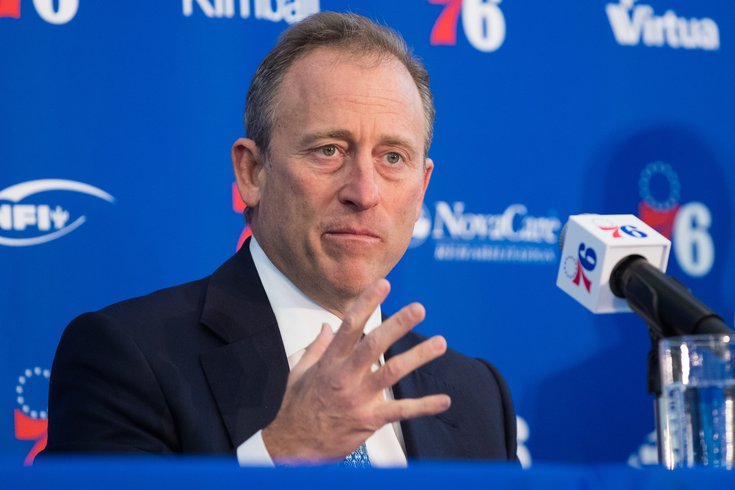 One day after making a decision to cut salaries for at-will employees for the Sixers and Devils — in addition to requesting the same from contracted employees — Joshua Harris reversed course on the decision in the face of mounting public pressure.

First reported by ESPN's Adrian Wojnarowski, Harris backpedaled off of the stance following intense criticism from fans and media around the country early Tuesday, with Harris delivering an official team statement on Tuesday afternoon:

Our commitment has been to do our best to keep all of our employees working through this very difficult situation. As part of an effort to do that we asked salaried employees to take a temporary 20% pay cut while preserving everyone’s full benefits -- and keeping our 1500 hourly workers paid throughout the regular season. After listening to our staff and players, it’s clear that was the wrong decision.

We have reversed it and will be paying these employees their full salaries. This is an extraordinary time in our world - unlike any most of us have ever lived through before - and ordinary business decisions are not enough to meet the moment. To our staff and fans, I apologize for getting this wrong.

In addition to the scrutiny the organization was under from outside sources, Joel Embiid's decision to publicly back impacted employees feels like a huge part of making this happen. While rostered players are working under much different salary rules than the rank-and-file staff, his commitment to stand behind other workers sent a huge message from their most powerful employee, helping to preserve some semblance of normalcy.

This would have been a change with widespread implications for the Sixers, where employees in marketing, sales, communications, and a variety of different members of business and sports operations for both franchises would have been impacted, but it's also a significant moment for the league. Prior to breaking the news on Harris' pivot, Wojnarowski suggested other owners were closely following the situation in Philadelphia to prepare for potential reductions and layoffs of their own.

Other NBA owners are watching Sixers and weighing the PR fallout vs. desire to do the same with salary reductions -- including some considering furloughs, staff cutbacks, etc. No owner wants to log into Twitter and see his net worth trending after announcing this kind of news.

PhillyVoice was told Tuesday morning that some employees who were subject to salary reductions were presented with the news Monday alongside the suggestion that they would be better off than employees of other teams. That messaging was met with some skepticism, with staffers pointing out to PhillyVoice that spouses and family members in other fields had been proactively taken care of by their companies, compared to the cuts Sixers employees were being asked to take.

Harris' decision may not stop owners around the league from making changes altogether, but it is an early win for the league's rank-and-file employees during a time of severe financial uncertainty.

While pivoting from this decision is ultimately the right thing to do, it does indicate that the Sixers were already capable of staying the course for the time being, which was obvious because of those net worth figures mentioned by Wojnarowski above. Will this hold over the long-term? That's another story, and something to be mindful of as the world continues to change around the response to COVID-19.