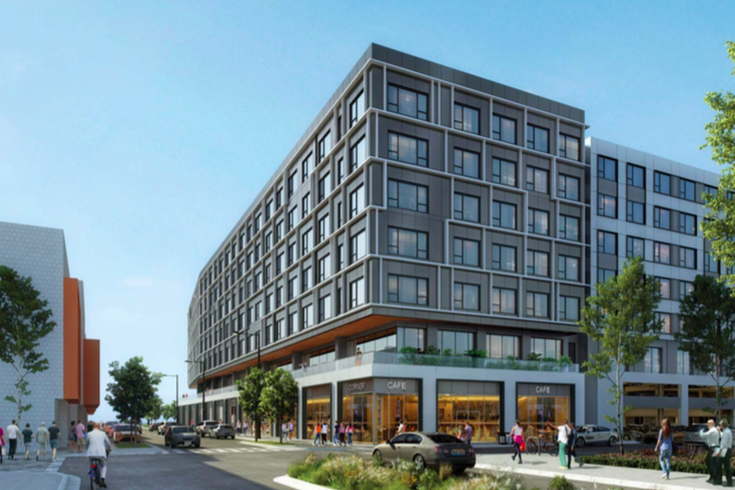 A residential complex with apartments, townhomes and retail has been proposed for 1401 S. Columbus Boulevard, where the Foxwoods Casino was once proposed a decade ago.

The site of the ill-fated Foxwoods Casino once proposed in South Philadelphia appears to be moving toward firm plans for a residential complex with nearly 450 residences.

The site at 1401 S. Columbus Blvd., between Tasker and Dickinson streets, is slated for a 448-unit complex consisting of 356 multi-family units, 92 separate townhomes and 12,000 square feet of commercial space.

The property was once part of a 30-acre parcel owned two different times by Philadelphia developer Bart Blatstein, who had divided it into multiple parcels in 2014. Blatstein's current proposal on the parcel he still controls calls for a super-Wawa gas station which has met stiff resistance from the community.

The residential proposal, designed by BLT Architects, is one of several that have been reviewed by city planners in recent years. A previous plan called for up to 235 luxury townhomes on the Delaware River with boat slips and a riverfront cafe, but that proposal was shot down.

The Foxwoods Casino was proposed at the site in 2010 under the leadership of Las Vegas casino mogul Steve Wynn. The plan fell apart by the end of the year when the Gaming Control Board revoked the casino's license due to a lack of funding.

The Live! Hotel & Casino is currently under construction by The Cordish Companies in Philadelphia's Stadium District and is expected to open later this year.

Philadelphia has moved to make better use of the Delaware River waterfront in recent years, approving plans for a 4-acre, $225 million public park at Penn's Landing, a 10-acre park in Bridesburg and further development of the Schuylkill River Trail.

A timeline for the project at 1401 S. Columbus Blvd was not immediately known.