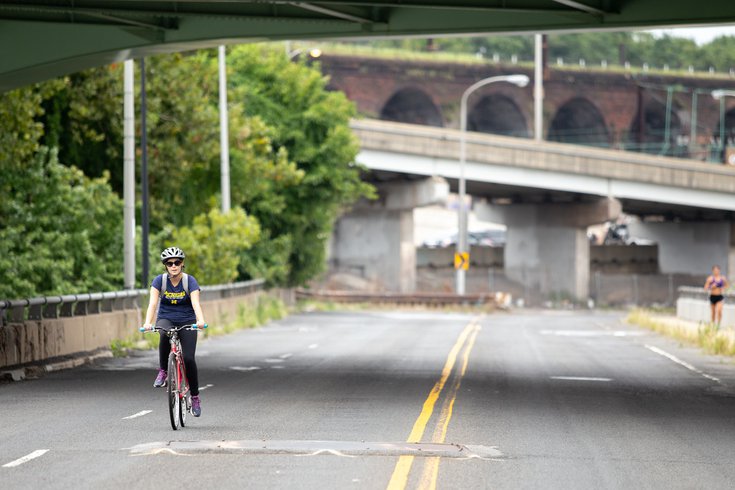 Cars have been prohibited on Martin Luther King Drive since the onset of the COVID-19 pandemic last March, and the Bicycle Coalition of Greater Philadelphia is urging the city to keep it that way for good.

The petition had received more than 3,000 signatures as of early Thursday afternoon. The Bicycle Coalition's goal is to collect at least 5,000.

"Now is the time to make sure MLK Drive remains a street for people," the petition organizers wrote.

The Bicycle Coalition also sent a letter to Mayor Jim Kenney, stating "it is time for the city to rethink how MLK Drive is used going forward" and has met with city councilmembers, community organizations, businesses and other government officials during the past two months to discuss keeping the road permanently closed to cars and other vehicle, according to a blog post on the group's website.

The organization has two plans is says would create a future "dedicated to active transportation, recreation, and equity."

"Don’t ruin a good thing," the organization wrote. "MLK Drive has thrived as a place for people over the past year and there’s no reason to believe it won’t remain that way."

Philadelphia closed MLK Drive to motorists last March as city residents flocked to outdoor spaces amid the lockdowns during the early days of the pandemic. The city explained that closing the road would provide more room for social distancing.

About 5,000 people use the road for recreational activities per weekday, with that daily number ticking upwards to more than 9,600 people on weekends, according to the engineering firm WSP. That equals a 1,300% increase in the number of people visiting MLK Drive to the 500 daily visitors pre-pandemic.

Philadelphia has plans to repave MLK Drive, and the city says that can be done sooner and at less cost with the road closed. Upgrades are also being done to the accompanying Martin Luther King Trail.

Martin Luther King Drive runs through West Fairmount Park between the Schuylkill River and I-76 from Eakins Oval to the East Falls Bridge.