The rock star was caught drinking shots of tequila at Sandy Hook in the Gateway National Recreation Area, where alcohol is prohibited 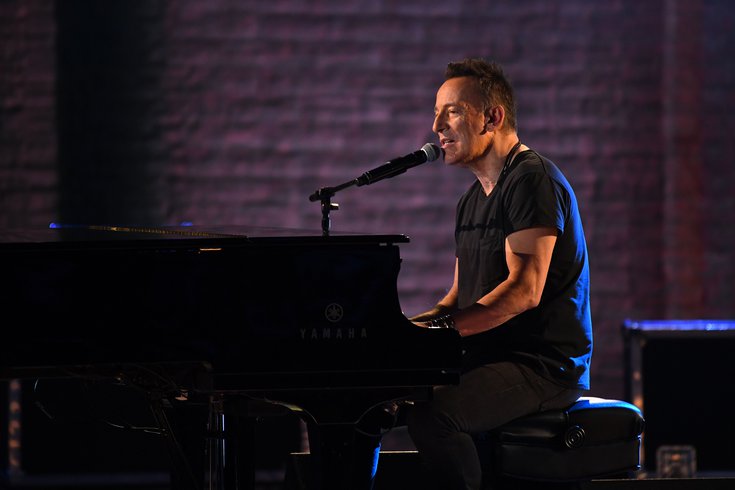 Bruce Springsteen pleaded guilty to drinking alcohol in an area where it is prohibited and was fined $500 on Wednesday. Federal prosecutors dropped the drunken driving and reckless driving offenses against the singer stemming from his arrest in November at Sandy Hook in the Gateway National Recreation Area.

Federal prosecutors dropped the more serious drunken driving charges against Bruce Springsteen on Wednesday and ordered the musician to pay a $500 fine after he pleaded guilty to a lesser offense.

The charges against the famous New Jersey resident stem from his arrest on Nov. 14. A National Park Service officer had observed Springsteen drinking alcohol near the Sandy Hook Lighthouse, which is on a beach area that is part of the Gateway National Recreation Area, according to court documents.

Alcohol has been prohibited for two years at Gateway, a move federal park administrators made to stem the rising number of alcohol related problems at Sandy Hook.

The 71-year-old Springsteen pleaded guilty to consuming alcohol in a closed area, the Associated Press reported. He admitted to taking "two small shots of tequila" and said that he knew it was illegal to drink alcohol at Sandy Hook, located in Monmouth County, according to the AP.

The prosecutor for the U.S. Attorney's Officer said Springsteen's blood-alcohol content was so low – reportedly .02% – when he was arrested that it didn't warrant the singer being charged with drunken driving or reckless driving.

Along with the $500 fine, U.S. Magistrate Judge Anthony Mautone ordered Springsteen to pay $40 in court fees.

"I think I can pay that immediately, your honor,” Springsteen said of the penalties imposed during a virtual hearing on Wednesday. The case was heard in federal court because the popular Jersey Shore destination is on federal land. Springsteen's attorney, Mitchell Ansell, wrote in a statement that his client "is pleased with the outcome" of the court hearing.

Springsteen was arrested at Sandy Hook last year, but the case did not become public until earlier this month, days after the debut of his Jeep commercial during the Super Bowl broadcast.

The Freehold native was riding his motorcycle and had stopped to take pictures with a group of fans, who then offered him a drink, the NPS officer's report stated.

The musician took a shot of tequila, and after being confronted by the park cop, Springsteen admitted to taking two tequila shots within 20 minutes. The officer wrote that Springsteen smelled "strongly of alcohol," had "glassy eyes" and failed a field sobriety test.

Springsteen refused to take a breathalyzer test during the incident. The federal parks DUI statute prohibits a person suspected of drunken driving from refusing to take a sobriety test, and if someone does refuse, that can be used as evidence in subsequent court proceedings,

Jeep put its Super Bowl ad featuring Springsteen on pause after news broke about the rocker's arrest, "until the actual facts can be established." But the car brand restored the ad on Wednesday night.