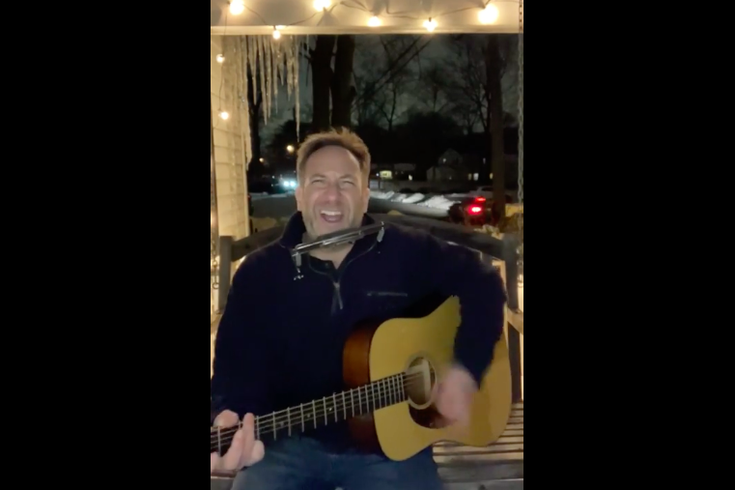 Edison-based attorney Eric Harrison, of Methfessel and Werbel Law, wrote a song defending Bruce Springsteen in the wake of his arrest for an alleged DUI incident last November at Sandy Hook.

News that Bruce Springsteen was arrested on drunk driving charges in New Jersey in November came as an unwelcome surprise to fans of the 71-year-old rock 'n roll legend.

The indignity of the arrest was magnified when it came to light that Springsteen allegedly had a blood-alcohol content of just .02 at the time of his arrest. That's one quarter of New Jersey's legal limit of .08, the same limit in place at Gateway National Recreation Area, the federal park where Springsteen was stopped by an officer with the National Park Service.

One Springsteen superfan decided to defend The Boss in the form of a song that decries his Sandy Hook arrest as a "New Jersey-sized disgrace."

There are a number of complicating factors in Springsteen's arrest, including his alleged refusal to take a breathalyzer test and the blanket NPS prohibition on alcohol consumption at Sandy Hook. Springsteen was allegedly observed taking a shot of Patron tequila before getting on his Triumph bike and starting the engine in the vicinity of the Sandy Hook Lighthouse.

Springsteen allegedly told the park officer at the scene that he had taken two shots of tequila while stopping to take photographs with a group of fans. He was arrested after failing a field sobriety test, prosecutors said.

All told, Springsteen was cited with driving under the influence, reckless driving and consuming alcohol in a closed area. A Jeep commercial featuring Springsteen has temporarily been paused as the facts of the incident are gathered.

Springsteen reportedly has hired attorney Mitchell J. Ansell of Ocean Township, New Jersey. For a time, Ansell notably represented Paul Caneiro, a Staten Island man charged in 2018 with killing his brother and his family in Monmouth County, New Jersey. Caneiro allegedly set the family's mansion on fire in an attempt to cover up their deaths.

Springsteen's case is being prosecuted by the U.S. Attorney's Office in Newark. He has a court date set for Feb. 24.