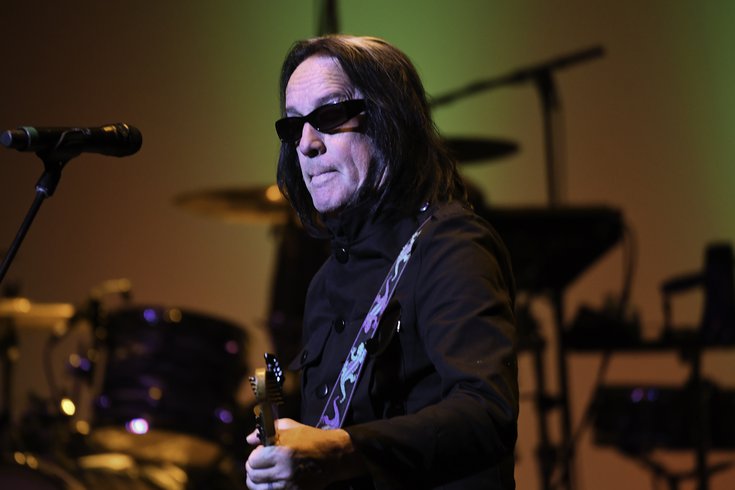 Todd Rundgren is best known for his solo albums and production work in the 1970s and 1980s.

Musican Todd Rundgren, who was born in Philly and raised in Upper Darby,  is nominated for a spot in the Rock & Roll Hall of Fame for the third time.

Rundgren is best known for his solo albums and production work in the 1970s and 1980s. His most notable music came in 1972, when he released his critically-acclaimed "Something/Anything?" album. The album featured a pair of Top 20 hits in "Hello It's Me" and "I Saw the Light."

"Hello It's Me" is Rundgren's best-charting song of all-time, and "Something/Anything?" was named to Rolling Stone's "500 Best Albums of All Time" list this past September.

Rundgren, who graduated from Upper Darby High School in 1965, became eligible for the Rock & Roll Hall of Fame in 1996, but he did not receive his first nomination until 2019. He was nominated again in 2020.

Here are other 15 nominees for the Rock & Roll Hall of Fame:

"This remarkable ballot reflects the diversity and depth of the artists and music the Rock & Roll Hall of Fame celebrates," Chairman John Sykes said. "These nominees have left an indelible impact on the sonic landscape of the world and influenced countless artists that have followed them."

The Rock & Roll Hall of Fame announces the Nominees for #RockHall2021 Induction - and the Fan Vote is now open. Watch the official announcement here, then head to https://t.co/9DIz8WWd6Z pic.twitter.com/tGuSzyvEYT

In order to be eligible, an artist or a band had to have released its first commercial recording at least 25 years before being nominated.

Fans can participate in the selection process by voting for as many as five nominees daily on the Hall of Fame's website through April 30. The top five nominees who are voted on by the public will comprise the fan ballot and be tallied alongside the other ballots to select the 2021 inductees.

A voting body of more than 1,000 artists, historians and others in the music industry will also cast ballots to determine who is inducted this year. The inductees will be announced in May. The 36th annual induction ceremony is scheduled to take place in Cleveland this fall.

Rundgren continues to play music. On Valentine's Day he kicks off his "Clearly Human" tour that is comprised of virtual concerts in 25 cites. The first show is in Buffalo, New York, and unless a you purchase a multi-concert ticket package, the concerts are geo-fenced so only people within each city's greater metropolitan area can attend.

Unfortunately, Rundgren will not be playing virtually in Philadelphia on this tour. For local fans, a multi-show concert pass is the only option – those tickets start at $149.