Milan Lloyd, 4, said her made-up hit is the result of her brother Josiah bothering her 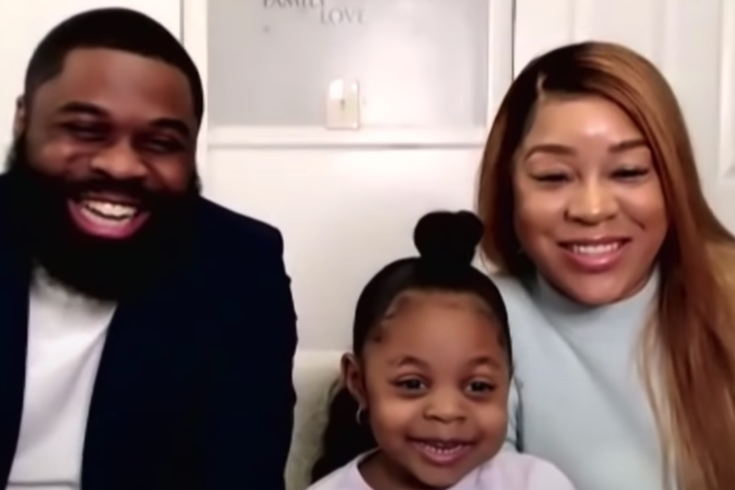 Four-year-old Milan Lloyd of Philadelphia told Ellen DeGeneres that she wants to be a model and superstar when she grows up.

Philadelphia has a new celebrity, and she's only four years old.

Milan Lloyd become a social media sensation after a video of her singing the phrase "leave me alone" over and over again in the backseat of her family's car went viral on Instagram.

Lloyd discussed her made-up song during an appearance on "The Ellen DeGeneres Show." Milan said its origins stem from her brother Josiah bothering her and talking too much. Josiah also failed to bring his sister her drink of choice on the day Milan first sang it.

"I said I wanted some juice and he gave me water," Lloyd told DeGeneres.

Jovan Lloyd, the girl's mother, said Milan had never sung "Leave Me Alone" before the family took a trip to Chick-Fil-A. Lloyd's parents said they were excited and shocked when the video of Milan singing went viral.

"I was surprised myself," said Malik Lloyd, her father. "Even when I hear her sing all the time, Ellen, I'm just like 'Can this little girl sing really?' She sings in the bathroom and it gives off a crazy echo. I just fall in love with the singing and the fact that everybody else got to hear her sing. It's a good thing."

The four-year-old regularly makes up random songs, according to her mom. "You could say a word and she'll turn it into a song," Jovan Lloyd said.

Milan's favorite song is "Happy Birthday."  She did a rendition of during her virtual appearance on the show.

When she grows up, Lloyd said she wants to be a model and a superstar.

DeGeneres gifted Lloyd a set of dolls and some toy instruments, including a piano and a microphone.

Shutterfly and DeGeneres also gave the family a $10,000 donation toward Lloyd's college education. Lloyd said she wants to study "Barbie Dreamhouse" when she goes to college.

Watch the Lloyd family's on "The Ellen DeGeneres Show" below.