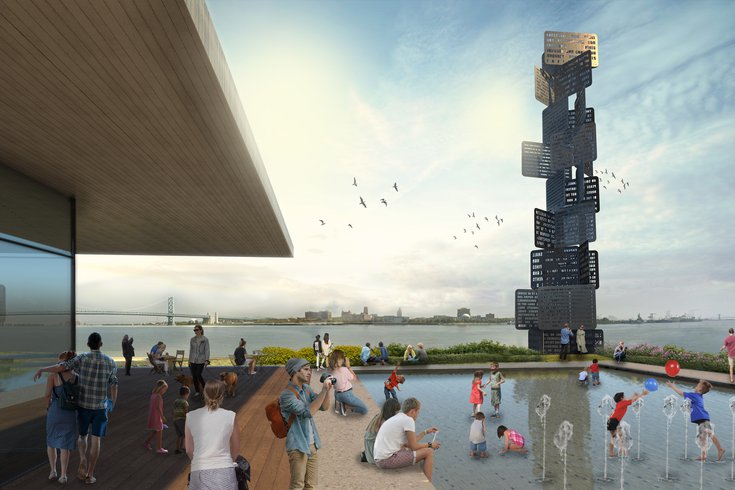 Courtesy of/City of Philadelphia Office of Arts, Culture and the Creative Economy

One of the six semifinalists for Penn's Landing is artist Tristan Al-Haddad's 'What If,' pictured above.

The developers of the forthcoming Penn's Landing Park are seeking public input on six commissioned artwork proposals for the 11.5-acre public green space along the Delaware River waterfront.

The city's Office of Arts, Culture and the Creative Economy, as well as the Delaware River Waterfront Corporation, have published a survey that the public can fill out until July 11. Both developers want to hear from residents in order to discover which design "best connects with the community."

"Your input is critical as we continue to improve our public spaces for everyone to enjoy," the developers said in a statement.

The selected artwork, which will be commissioned through the city's Percent for Art program, "will have the potential to tell the many stories that correlate to the park’s potential to speak to all Philadelphians and visitors with meaning, inclusivity and thoughtfulness," the developers said.

Six semifinalists were chosen from 158 nationwide applicants by the Penn's Landing Percent for Art Committee. A budget of $700,000 has been allocated for the commissioned artwork.

Below is each of the semifinalists, along with each proposal's title and a photo. 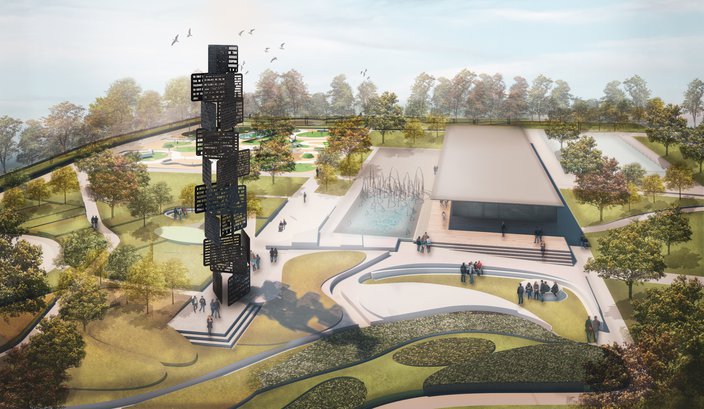 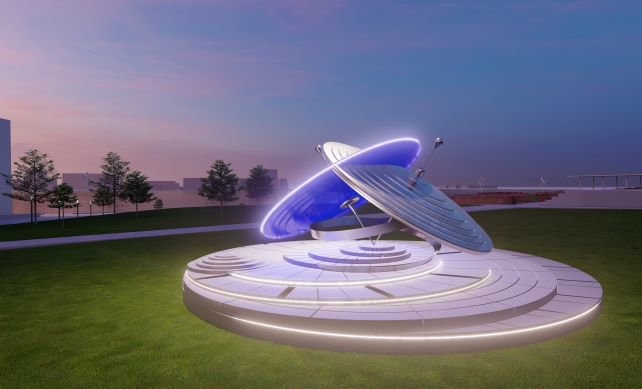 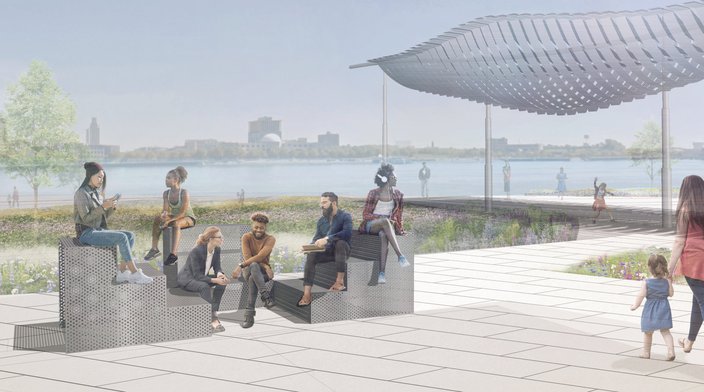 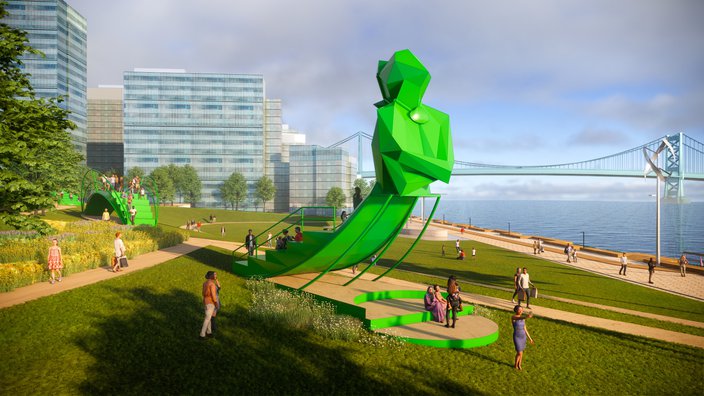 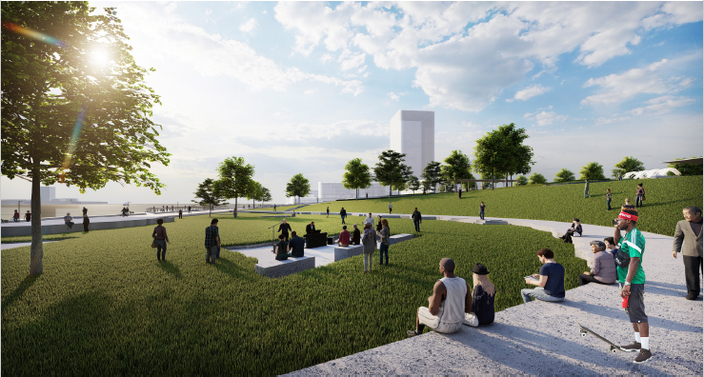 Descriptions for each of the six proposals can be found on the survey. A final decision is expected from the committee in the coming months.

We want your input! @CreativePHL and @DelRiverWfront want your input on six semi-finalist artist proposals for a new, site-specific public artwork at the Philly Waterfront. Review the designs and take our survey: https://t.co/gt1gEBnhr8 #ParkatPennsLanding @penns_landing pic.twitter.com/mkbzlPAYmO

We want your input! @CreativePHL and @DelRiverWfront want your input on six semi-finalist artist proposals for a new, site-specific public artwork at the Park at Penn's Landing. Review the designs and take our survey: https://t.co/Zex2pFr0s3 #ParkAtPennsLanding pic.twitter.com/7VmRG0oxTu

The commissioned artwork is one aspect of the $225 million Penn's Landing Park coming to the Delaware River waterfront. The park will cap Interstate 95 and reconnect Front Street to the riverfront between Chestnut and Walnut streets.

The park is being developed by the Delaware River Waterfront Corporation, as well as Philadelphia and the state.

Penn's Landing Park is the main piece of the DRWC's Master Plan for the Central Delaware, the forthcoming private and public development of the waterfront's six-mile stretch from Port Richmond to Pennsport. Developers are hoping to transform the area into "an authentic extension of the thriving city and vibrant neighborhoods immediately to its west."

Construction of Penn's Landing Park is expected to begin this year and should be completed by 2025.

The park's development will coincide with the Durst Organization's $2.2 billion redevelopment plan that was selected last fall by the DRWC among four bids for Penn's Landing. It famously was chosen over a $4 billion proposal for a new arena for the Sixers. The project consists of no taxpayer subsidies.

The Market Street site spans more than seven acres from Market Street to Chestnut Street, while the Marina Basin Site covers four acres from Spruce to Lombard streets. Combined, the projects will feature nearly 2,400 apartments, more than 124,000 square feet of retail space and a 225-room hotel.

The Market Street side includes six towers, complemented by public spaces at Penn's Landing Park and an overlook with views of the waterfront, the river and the Benjamin Franklin Bridge. At the Marina Basin location, the Durst Organization plans another six buildings that aim to blend in with the character and architecture of Society Hill.

The Durst Organization unveiled plans last month for a 26-story tower and a public park along Columbus Boulevard. While this is not part of the multi-phase Penn's Landing development, it is one aspect of the larger redevelopment of the riverfront corridor.

The development would sit on a 1.6-acre parking lot north of the Benjamin Franklin Bridge between Vine and Callowhill streets on the west side of Columbus Boulevard. The tower proposal includes 360 apartments with views of Center City and the Ben Franklin Bridge.

It also would feature 10,000 square feet of ground floor retail, a park with a playground and a number of public amenities still to be announced. A third of the parcel would be dedicated to green space. A connection to the Delaware River Trail is also part of the plan.

The Delaware River Trail is getting a facelift as well. It will run as a two-way bike and walking trail adjacent to Columbus Boulevard from Washington Avenue to Spring Garden Street. And the South Street pedestrian bridge will be extended to the east side of Columbus Boulevard, letting visitors off at the waterfront.