Lighting expected to be added to Manayunk Bridge later this year

The project, once completed, will enable 24/7 access to the trail between Philly and Lower Merion 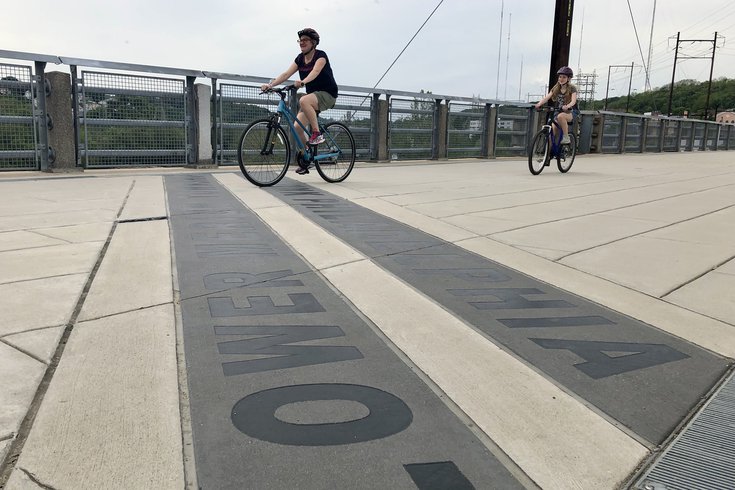 The Manayunk Bridge trail connects Philadelphia to Lower Merion, forming part of the Circuit Trails network. After several years of delays, lighting is expected to be installed along the bridge trail by the end of 2021, enabling 24/7 access to pedestrians and cyclists.

More than five years after Philadelphia completed the Manayunk Bridge Trail, creating a connecting from the city to Lower Merion for pedestrians and cyclists, a project to install lighting on the bridge is expected to move forward later this year.

The Bicycle Coalition of Greater Philadelphia said this week that a timeline for the project appears to be set over the coming months, with work likely to be completed by the end of the year.

"When completed, the bridge will no longer be closed at night, allowing 24/7 access between these counties," the Bicycle Coalition reported.

Pedestrians and cyclists who use the trail will still have access to it during the installation process.

Officials in Philadelphia and Lower Merion teamed up to open the 0.6-mile span in October 2015, reviving the iconic but defunct railroad bridge that spans the Schuylkill river and expressway. The bridge was incorporated it into the expanding Circuit Trails network in Pennsylvania and South Jersey. Rail service over the bridge was suspended by SEPTA in 1986.

The $5.67 million project has offered an accessible link between Philadelphia and Montgomery County since the trail was completed, but the lack of funding for lighting at the time has been a drawback ever since. Those who wish to make use of the trail at night or commute in the early morning hours have waited for the lighting project to take shape.

Federal grant funding for the bridge lighting was secured by the Delaware Valley Regional Planning Commission in 2016, but the project timeline has been delayed repeatedly due to a slow approval process and the number of agencies involved, the Bicycle Coalition said.

This time around, the contractor on the project has been given a notice to proceed and lighting installation may start as early as August or September.

"We'd like to thank all who continue to wait patiently for improved accessibility along the bridge connections to the Schuylkill River Trail and the Parkside Cynwyd Trail along the Circuit Trails, as well as the City of Philadelphia's Office of Transportation, Infrastructure and Sustainability, and Philadelphia Parks and Recreation, for moving forward on this," the Bicycle Coalition said.