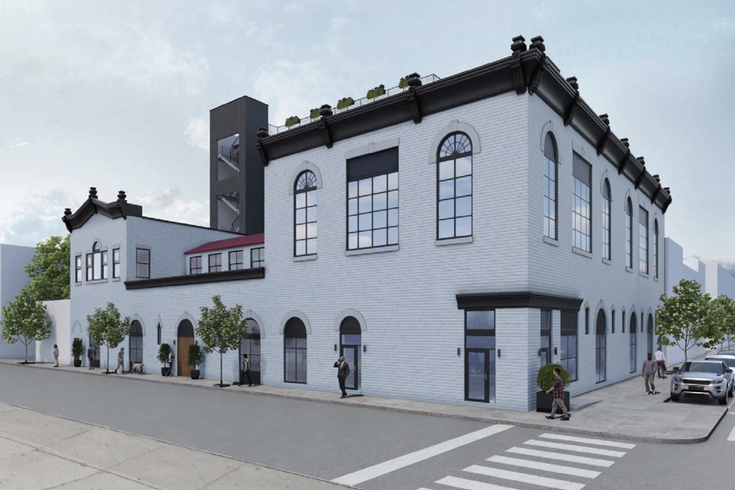 The rendering above shows the proposed redevelopment of the historic property at 527-37 W. Girard Ave. The project would include 41 apartments and about 3,000 square feet of retail space.

When Everybody Hits closed at the tail end of 2019, no one could have predicted that the popular batting cages and live music venue would be be the first in a string of beloved Philadelphia businesses to shutter over the course of a global pandemic. Boot & Saddle and Connie's Ric Rac are among the losses counted by the city's local music scene.

But the building that formerly housed Everybody Hits has an interesting history that earned it a place on Philadelphia's Historic Register. Its future appears to be shaping up as a mix of preservation and mixed-use redevelopment, according to a plan proposed to the Philadelphia Historical Commission.

The property at 527-37 W. Girard Ave. was built between 1886-87 and designed by Hazelhurst & Huckel, Architects. It originally was home to an indoor farmers' market and hall. Later, it became the Mammoth Theater, a small venue to watch films during the early part of the 20th century until its closure in 1936.

From there, the building's history only grew more fascinating.

The Historical Commission is in the final stages of reviewing a proposal from Continuum Architecture & Design that would bring new life to the property, which consists of four buildings. The proposal calls for the demolition of one of the buildings, restoration of three others and the construction of a new four-story building. The project would include 41 apartments and about 3,000 square feet of retail space.

Below is a current look at the corner where the project is proposed. 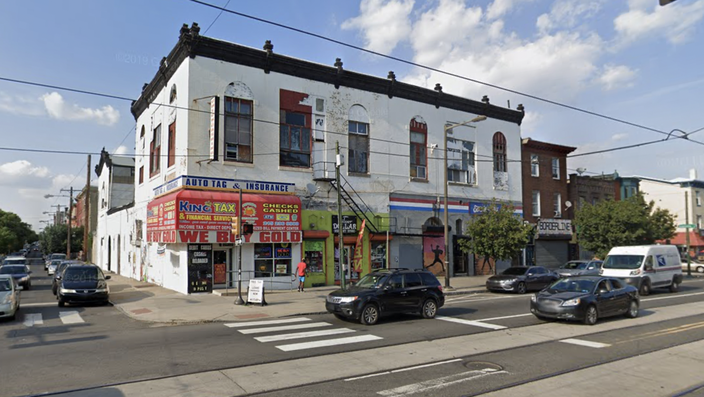 The corner of Sixth Street and Girard Avenue.

"We plan to bring the entire corner back to life while keeping the original look, feel and concept of the original complex," Continuum said in its proposal. "We did the very same thing on the next corner of Seventh Street and Girard with the Ambassador Taproom and upper level living spaces. We brought back an original neighborhood watering hole and turned it into a fun venue where neighbors, friends, family and guests can meet, greet and enjoy themselves."

That next block over, bookended by Ambassador Taproom on the west corner, also is in the process of getting 36 new apartments. The block just across the street to the west is now a mess after an accident late last month sent a fire truck barreling into an apartment building.

Much like the rest of the area in Ludlow and Olde Kensington, there's been a ton of new housing going up in recent years. What makes this project stand out is its preservation of a quirky building. It's one of many in the area, including the historic firehouse just above Girard Avenue on Fourth Street, where Continuum is handling design work to convert the property into apartments.

The Historical Commission notes there are some technical challenges to maintaining the historical character of the building at 527-37 W. Girard Ave., but the project appears to strike an important balance that will give the block a new identify without erasing its past.