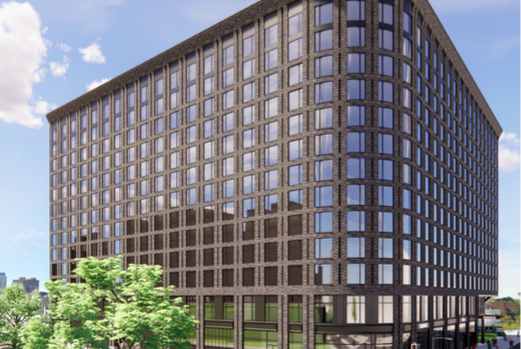 This 14-story building proposed at 200 Spring Garden St. would include 355 units, replacing the existing City Fitness location in Northern Liberties. It's one of two buildings proposed by National Real Estate Development and Kushner Real Estate Group.

The southern boundary of Northern Liberties looks to be in store for a major development project that would bring two new residential buildings to the neighborhood.

The proposal is led by National Real Estate Development, the same group that spearheaded the expansive East Market project built in Center City a few years ago. They're joined on the Northern Liberties proposal by Kushner Real Estate Group.

It's the same family but is separate from the Kushner Companies owned by former President Donald Trump's son-in-law, Jared Kushner. In Northern Liberties, Kushner Companies once owned the former Piazza, but sold it to Post Brothers in 2018.

The two buildings proposed on Spring Garden Street would add more than 750 units to the area.

The first of the projects, pictured above, is a 14-story building with 355 units at 200 Spring Garden St., right on the corner of Second Street. This is where City Fitness has been located for a number of years, with its intricate and colorful mural wrapped around the exterior. It's worth noting that City Fitness was the largest tenant to sign on to the East Market project a few years ago and also opened a Fishtown location. The proposal for this site would include 105 parking spaces.

The second project is a 23-story building proposed at 412 N. Second St., which is several blocks south at the corner of Willow Street. This isn't usually considered Northern Liberties, per se. It's a quiet commercial borderland before Old City that's probably seen most often from the El, or during a speed-cushioned ride down Second Street. The proposal calls for 397 units and 106 parking spaces. 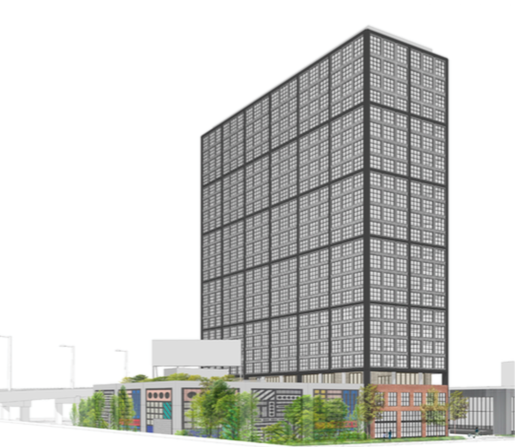 Ahead of a Zoning Committee Meeting on the project Tuesday night at the Northern Liberties Neighborhood Association office, OCF Realty reported that the two proposals are by-right uses of the properties and figure to move forward to the city's Civic Design Review process without major obstacles. Both buildings were designed by Handel Architects, the same firm behind the Durst Organization's recently proposed project on Columbus Boulevard.

The projects represent the ongoing push to add density to a neighborhood that is well-served for public transportation and close to amenities.

At Fifth and Spring Garden streets, a few blocks west, the details of another large project that would include 382 residential units — and rumors of an Amazon grocery store — have been taking shape for much of the last year. And not too far away, a long-delayed 14-story tower with a ground floor auto dealership is finally moving forward almost three years after it was approved.

Visually speaking, it'll be sad to lose the City Fitness mural (not to mention the gym) after losing the former Finnegan's Wake mural on the building now occupied by Gopuff. They gave the area some character, but this is a stretch of Spring Garden Street that gradually has been headed for development activity for a while now. At least Spring Garden Station has those multicolor lights to make up for it.