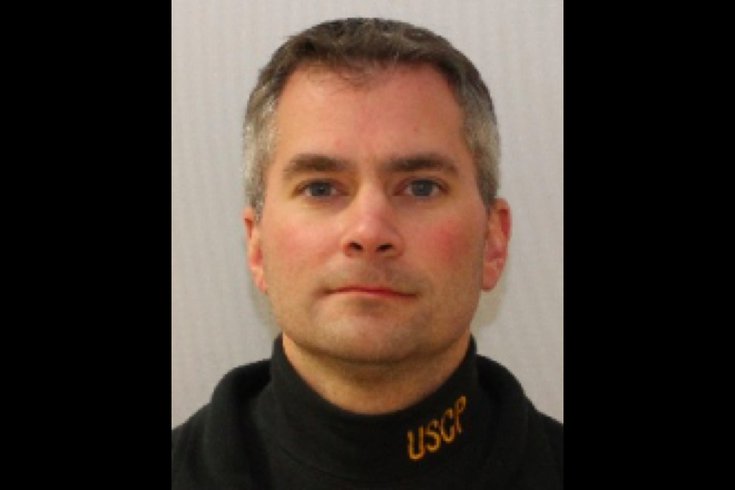 U.S. Capitol Police officer Brian D. Sicknick, 42, died after sustaining injuries during the insurrection in Washington, D.C., on Jan. 6, 2021. A New Jersey native, Sicknick was a former National Guardsman who served overseas. His death is being investigated as a homicide.

A U.S. Capitol Police officer who died after an altercation with rioters on Wednesday has been identified as Brian D. Sicknick, a New Jersey native and military veteran, officials said.

Sicknick, 42, was injured while physically engaging with the pro-Trump participants of the insurrection who stormed the U.S. Capitol building in Washington, D.C.

Sicknick returned to his division office after the altercation and collapsed, authorities said. He was taken to a nearby hospital, where he was later pronounced dead. Police did not provide any additional details about the injuries Sicknick suffered.

The officer's death will be investigated as a possible homicide under the direction of the D.C. Metropolitan Police, the USCP and federal partners.

Sicknick, a native of East Brunswick, was a 1997 graduate of Middlesex County Vocational Technical High School. In a statement, his brother said Sicknick had wanted to be a police officer his entire life and first joined the New Jersey Air National Guard, where he served during Operation Enduring Freedom and Operation Desert Shield. While stateside, he was stationed at Joint Base McGuire-Dix-Lakehurst in Burlington County.

Sicknick joined the USCP in 2008 and most recently served in the department's First Responders Unit.

"Many details regarding Wednesday's events and the direct causes of Brian's injuries remain unknown and our family asks the public and the press to respect our wishes in not making Brian's passing a political issue," Sicknick's brother, Ken, said in the statement. "Please honor Brian's life and service and respect our privacy while we move forward in doing the same. Brian is a hero and that is what we would like people to remember."

Four people died during Wednesday's siege on the Capitol, which has resulted in more than 70 arrests, so far.

During the mayhem, a Capitol Police officer fatally shot a woman inside the building, who had defied an order to stand clear of an entrance. The woman, who was treated at the scene and later taken to a D.C. hospital, where she died, has since been identified as Air Force veteran, fervent Trump supporter and San Diego resident Ashli Babbitt.

On Thursday night, USCP union chairman Gus Papathanasiou announced the pending resignation of Chief Steven Sund, whose response to the chaotic events has been sharply criticized.

It is my fervent hope that the rioters whose actions directly contributed to his death are quickly brought to justice. pic.twitter.com/LWnxOEhjJw

Deeply saddened and heartbroken by the loss of Capitol Police Officer Brian Sicknick, who gave his life defending democracy and protecting the lives of hundreds of men and women during the storming of the U.S. Capitol by violent insurgents. https://t.co/plwPMmCylO

U.S. Capitol flags were ordered to be flown at half-staff on Friday to commemorate Sicknick's service.