More than $5,800 has been raised through GoFundMe for the animals' care 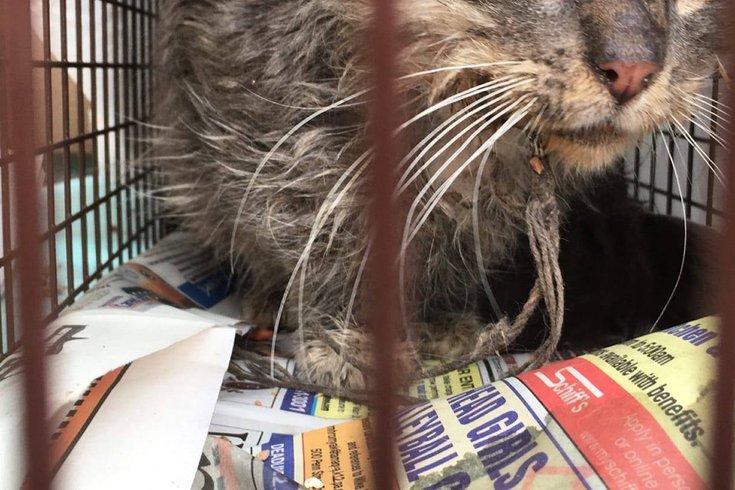 After more than 15 cats were abandoned in an apartment in Luzerne County, another tenant in the building began to "fish for cats" with string and fishhooks.

Two animal rescue centers in Luzerne County are working to save more than a dozen abandoned cats that were baited by a man reportedly "fishing for cats" with fishhooks and string.

Whiskers World and Happy Hearts & Tails Safe Haven Animal Rescue were alerted by neighbors that an evicted tenant in an apartment building had abandoned about 15 cats and let them outside. That's when an upstairs tenant began "torturing them," according to a joint post on Facebook from the organizations.

"He told a neighbor that he was 'fishing for cats,'" Whiskers World posted on Facebook. "Much to our horror, that's exactly what he was doing. He was baiting the cats with food on fishing hooks."

The post also alleges the neighbor "fed these starving animals food with string tied to in so that they would swallow it. Several cats are still there with string hanging out of their mouths and rectums."

So far, the rescue organizations have trapped 10 of the animals, who are receiving medical care, like surgeries to remove string and hooks, neutering, testing, and receiving shots and flea medication. The organizations hope the cats all will go up for adoption once they are properly treated.

A GoFundMe created on Tuesday surpassed its original goal and has raised more than $5,800 for the animals rescue and medical care, as of Thursday morning.

"These cats were failed by many," the organization said. "It ends today. They will be placed in loving foster homes until they have healed. When they are ready to go they will all be placed up for adoption. Until then, please pray that we are able to trap the remaining cats & pray that they can be saved. We will do EVERYTHING in our power to make that happen!"