CDC: At least 1,300 people have died from the flu so far this season 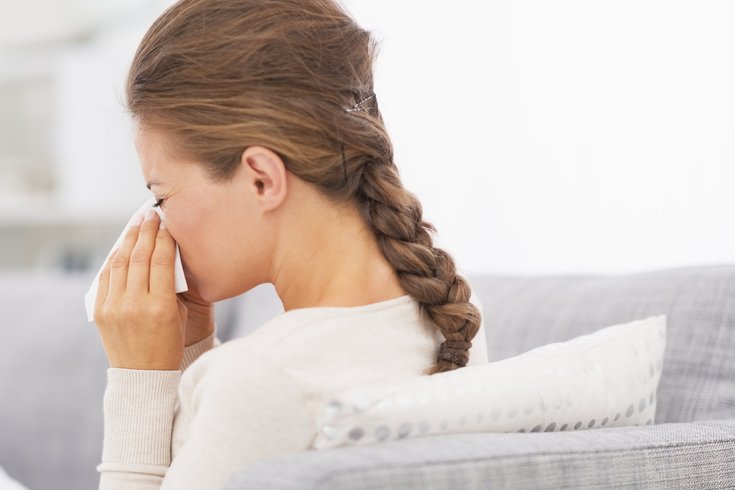 At least 2.6 million Americans have been diagnosed with the flu this season. There have been 4,425 cases of the flu reported in Pennsylvania so far this year.

At least 2.6 million people have been diagnosed with the flu so far this season, according to a report released by the Centers for Disease Control and Prevention on Friday.

The analysis, which examined flu cases from the beginning of the season to the week of Dec. 7, revealed that at least 1,300 people have died of complications from the flu. Ten of the reported deaths were children, which was four cases higher than the previous reported week.

The flu continues to spread throughout the United States, except for Alaska, according to the report. It is widespread in 23 eastern and western states, including Pennsylvania, which means at least half the regions within the state are affected.

The Pennsylvania Department of Health has reported 4,424 cases so far for the 2019-2020 season. There have been 100 hospitalizations reported in the state and six flu-related deaths. Influenza Type A is the most common form found in the Keystone State so far this year, with H3 strain affecting 43.6% of cases and H1N1 strain affecting 53.9% of cases.

Current flu activity throughout the United States has mostly been caused by Influenza Type B or Victoria viruses, which is unusual for this time of the year, according to the CDC.

Symptoms of the flu include fever, chills, coughing, sore throat, runny or stuffy nose, according to the CDC. Muscle or body aches, headaches, and fatigue are also indicative of the virus. Some people, but mostly children, experiencing vomiting and diarrhea.

Flu complications, which may include viral or bacterial pneumonia, can result in hospitalization or even death. Those at risk for hospitalization include children younger than 5-years-old, adults 65 and older, pregnant women, people with weakened immune systems, as well as people with asthma, heart disease and diabetes.