Bradford County D.A. Chad Salsman is accused of coercing vulnerable former clients when he worked as a private lawyer 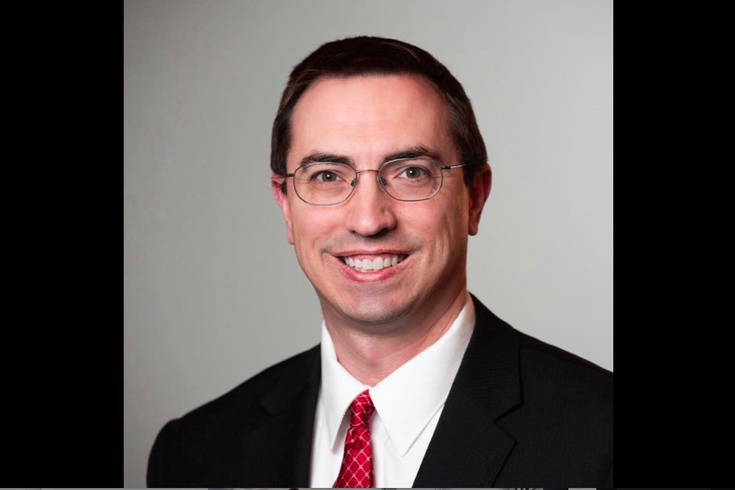 Bradford County District Attorney Chad Salsman is accused of sexually assaulting multiple women who were formerly clients of his when he was private attorney in northern Pennsylvania. A statewide investigating grand jury produced a report detailing testimony provided by five women who came forward with allegations against Salsman.

A top county prosecutor in northern Pennsylvania is facing multiple criminal charges for an alleged history of abusing his power to compel clients to perform sexual acts for him, Attorney General Josh Shapiro said Wednesday.

The charges were brought against Bradford County D.A. Chad Salsman after a statewide investigative grand jury reviewed allegations by numerous women who said he took advantage of them while still working as a private attorney.

According to prosecutors, Salsman preyed upon vulnerable clients of his when he was still working as a private attorney. Many of his criminal and child custody cases involved women with addictions, sexual abuse history and other personal struggles.

"Chad Salsman would regularly use his position and power as an attorney to coerce his victims into performing sexual acts on him. He would bring them into his private office, under the guise of discussing their case, and used his knowledge of his clients' vulnerabilities to negate their consent and sexually assault them," Shapiro said in a statement. "Salsman picked these victims because they didn’t have any other choice, because he thought they would be easy to silence, and less likely to be believed if they ever came forward."

The grand jury report recounts testimony from several former clients of Salsman, who said they were pressured into sex on multiple occasions.

One woman in a child-custody case alleges Salsman initially touched her without consent and eventually stopped charging her for his services when she gave in to his sexual advances.

In another instance, a woman told the grand jury that Salsman had represented her boyfriend and another individual who had raped her. When she confided this history of sexual violence to Salsman, the attorney said nothing.

At a later visit, Salsman told the woman to enter the back private entrance into his office, where he allegedly told her to undress. The woman testified that she complied with Salsman's request out of fear. After the encounter, Salsman allegedly threatened to ruin the woman's life if she told anyone.

"Five women, independent of one another, experienced the same pattern of advances, coercion, and assault at the hands of Mr. Salsman when he was a defense attorney," Shapiro said. "They had to rely on Salsman to be their advocate, to represent them at a time they felt powerless, and instead they were preyed upon."

The grand jury said the women who testified independently corroborated details that would only have been known to other victims.

Salsman allegedly intimidated, coerced and committed unwanted sexual acts with his clients on his desk, Afterwards, he would instruct the victims to enter a small bathroom and clean themselves with paper towels or wipes, according to the grand jury report.

Salsman allegedly told all of his victims not to speak about what had happened.

Staff from Salsman's private law firm testified to the grand jury that he often met with his female clients one-on-one, and would keep the details of their files secret from his own legal staff. They also said Salsman had a long-standing policy of having his secretaries play music, run noise machines or run the air conditioner to drown out the sounds of his meetings with clients.

Salsman is charged with sexual assault, indecent assault, intimidation of a witness or victim, obstruction of justice and prostitution.