Gerow, a Republican, said he did not cause the wreck on the Pennsylvania Turnpike 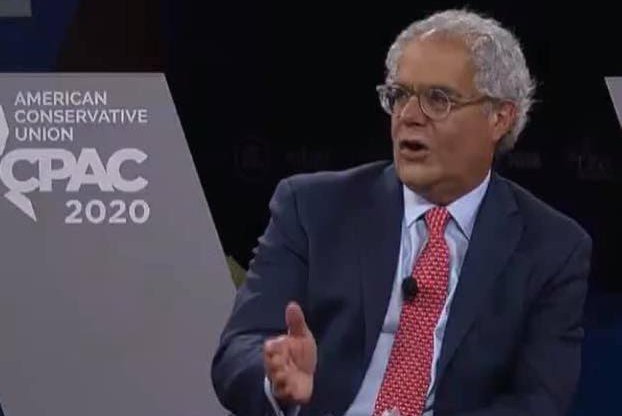 Charlie Gerow, a Republican vying to become Pennsylvania's next governor, is under investigation for his involvement in a fatal crash that occurred Wednesday night in Chester County. Gerow in a statement said he "looks forward to the State Police completing their investigation and is confident that the investigation will confirm that he was not the cause (of) the accident."

Charlie Gerow, a Republican gubernatorial candidate, is under investigation for his involvement in a Chester County crash that killed a motorcyclist and shut down the Pennsylvania Turnpike for seven hours, according to multiple reports.

The crash occurred around 10 p.m. Wednesday just west of the King of Prussia interchange in the westbound lanes of the turnpike, police said. A witness told Spotlight PA's Angela Couloumbis that Gerow drove for several miles with the motorcycle stuck to the front of his car.

In a statement to the Associated Press, Gerow said through a spokesperson that he “looks forward to the State Police completing their investigation and is confident that the investigation will confirm that he was not the cause (of) the accident.”

The motorcyclist was identified as Logan Carl Abbott, 30, of Bradford County, according to PennLive.com. Abbott died of multiple blunt impacts, and toxicology tests are pending, officials said.

A report from Pennsylvania State Police does not name Gerow or provide further details of what led up to the crash. A highway construction worker, Nicholas Forgette, told Spotlight PA that he saw a Mercedes pass with a motorcycle wedged into its grill when he was working on the turnpike Wednesday evening.

The motorcycle was “sitting upright, with the side stuck into the front of the car," according to Forgette.

"It was a big motorcycle, too. There were a bunch of sparks. And it was very loud," said Forgette, who according to Spotlight PA works for a traffic control company in Pottstown.

Forgette told Spotlight PA he saw the Mercedes pulled over by State Police several miles down the road from where he first saw the car pass. Gerow was sitting on a guardrail, stone-faced and "kind of disconnected," he said.

A spokesperson with Pennsylvania State Police said the investigation is "active and ongoing," and authorities are trying to determine whether other vehicles may have been involved, according to Spotlight PA.

Gerow, 66, runs Quantum Communications, a marketing firm based in Harrisburg. He announced his candidacy for governor in June and has previously campaigned for Congress and the state legislature.

According to the Associated Press, Gerow toured Pennsylvania's GOP’s event circuit for months and spoke to audiences as a potential candidate. He has also appeared as a political commentator on “Face the State,” a public affairs television show, for more than two decades.