Check your change: Philly-marked penny released for one year only

Americans have a habit of throwing their loose change away — to the tune of $62 million in coins annually, according to a study last year. If you count yourself among the nation's coin-tossers, you might want to stop trashing your pennies, especially if you’re a Philadelphian.

According to coin collector blogs, the U.S. Mint quietly began circulating a penny this year that has a marking indicating it comes from the Philadelphia mint, something that's never been done before.

The coin, which has already been discovered in circulation and will also be included in this year’s uncirculated set, is a one-year type coin. In 2018, Philadelphia-minted one-cent coins will again be struck without a “P” mintmark – a tradition that has been maintained since the first official Federal one-cent coins were produced in 1793.

The 2017-P Lincoln cent was intentionally released without fanfare to Federal Reserve Banks in January, as the U.S. Mint wanted to see how long it would take before collectors began noticing it, Tom Jurkowsky, the mint's director of corporate communications, told Coin World. 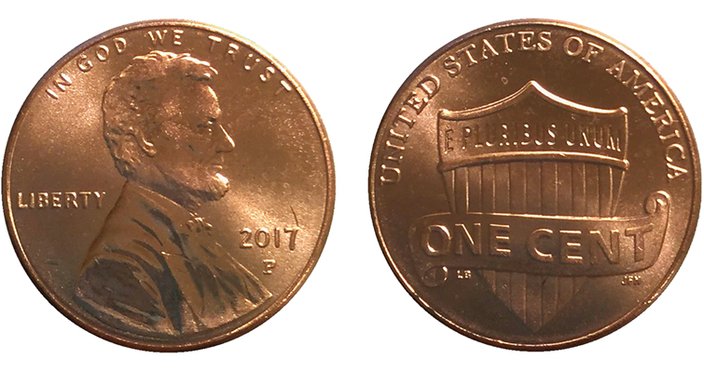 This image, posted to the coin collector forum CoinTalk, shows the P-marked penny, which is being circulated in 2017 to honor the Philadelphia mint.

Jurkowsky confirmed the coin's circulation to Coin World and CoinWeek. The mint's office of corporate communications could not immediately be reached for comment early Tuesday morning.


The P-marked penny is part of the mint's efforts to celebrate its 225th anniversary, Jurkowsky told the blogs. He added to Coin World that the decision to add the P was recommended by Philadelphia mint employees to recognize their work and achievements.

So, if you see a penny with a little P under the 2017 date, you might want to hold onto it instead of putting it in your coin jar.

If nothing else, please don't throw it away.