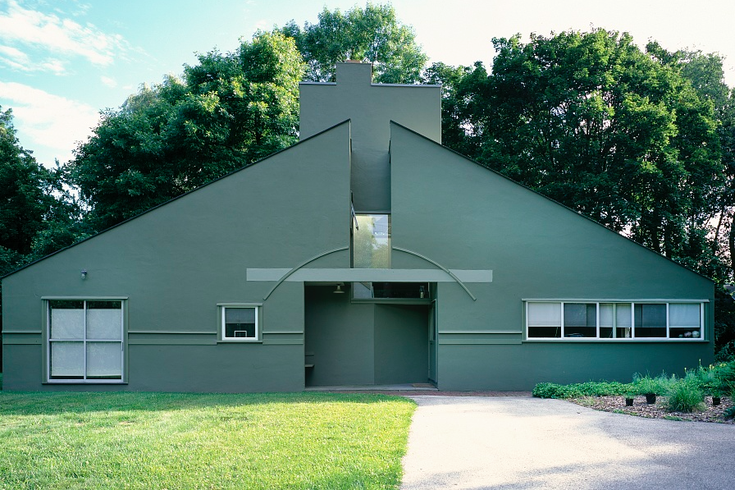 The Vanna Venturi House, located on Millman Street in Chestnut Hill, was designed by American architect Robert Venturi between 1962-1964.

One of Chestnut Hill's most widely cherished and critically praised homes appears to be on track for designation to the city's Register of Historic Places after the Philadelphia Historical Commission accepted a nomination for the Vanna Venturi House earlier this week.

The Chestnut Hill home, built by celebrated American architect Robert Venturi for his mother, was constructed in the 1960's and instantly regarded as one of the first prominent works of postmodern architecture (though Venturi himself, challenging a fashionable tide, regarded it as a modernist statement).

According to PlanPhilly, the building, known as "Mother's House," is viewed by committee members on the historical commission as a "slam dunk" to gain the designation, which opens it up to receive official preservation protections.

“This really was a revolutionary building,” Cooperman said. “The polemic gable roof and the polemic chimney are shorthand for house and references to tradition. And they, in their kind of cartoon quality, were a brash statement about making modern architecture that didn’t look like a glass and steel box.”

Since the 1970's, the Vanna Venturi House had been in the care and stewardship of owners Thomas and Agatha Hughes, but when it was listed for sale this summer, some in the preservation community grew concerned that it might not receive the same degree of maintenance.

The designation will be reviewed by the full Historical Commission when it meets later this month.