Here are three steps to protect the children 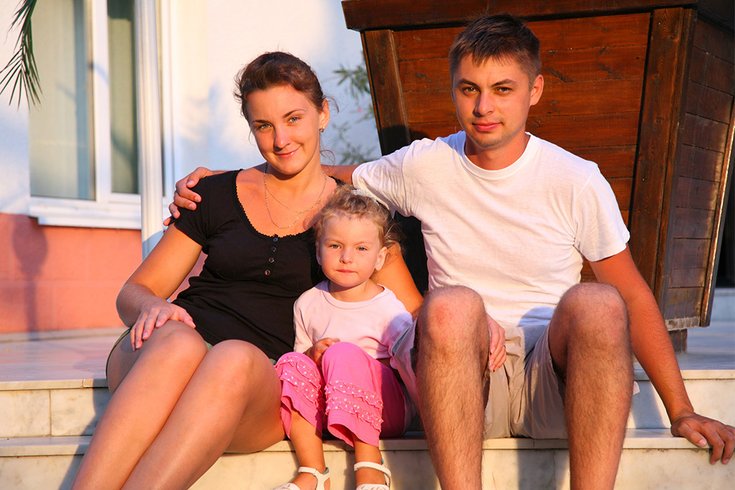 According to the 2016 U.S. Census, the majority of the nearly 74 million children ages 18 and under live in a home with two parents, whether married or unmarried. Nearly 25 percent of children in America live with a single parent, usually their mother, though the number of children living with single fathers rose from 1 to 4 percent since 1960.

Most divorced adults eventually cohabitate or remarry again. For example, around 75 percent of divorced women remarry within 10 years post-divorce. Yet, the number is lower if the woman is a mother of a minor child. Perhaps one of the reasons why relates to the documented risk involved in bringing an unrelated adult male into the home. Sometimes referred to as the “abusive boyfriend syndrome,” scholars note there is “a statistically greater potential for instability” in homes where adults and children, who have no biological connection, reside.

“It comes down to the fact they don't have a relationship established with these kids,” states Eliana Gil, clinical director for the national abuse-prevention group Childhelp. “Their primary interest is really the adult partner, and they may find themselves more irritated when there's a problem with the children.''

Of course, not all stepparents or “bonus parents” (male or female) struggle to bond or love the children of their new partners. There are certainly many stories of blended families thriving. Their success depends on various “ingredients,” according to the American Psychological Association. April Eldemire, LMFT, writing for the Gottman Institute, affirms how “critical” it is for remarried couples to “learn how to communicate effectively and not be afraid to discuss sensitive topics as they arise.” Furthermore, fostering resilience through healthy family ritual and structure has been found to be more indicative of a child’s success rather than living in a first or second marriage household.

Nonetheless, “children of divorce – and later, remarriage – are twice as likely to academically, behaviorally and socially struggle as children of first-marriage families: About 20 to 25 percent struggle, compared with 10 percent, a range of research finds.”

They are also more likely to be hurt.

In their article “Child Abuse and Other Risks of Not Living with both Parents," published in Ethology and Sociobiology, Martin Daly and Margo Wilson note: "If their parents find new partners, children are 40 times more likely than those who live with biological parents to be sexually or physically abused." According to a Missouri-based study of children living in homes with unrelated adults, children are “nearly 50 times as likely to die of inflicted injuries as children living with two biological parents.” These are worrying statistics, both disturbing and scary.

To understand this increased risk of sexual or physical harm, it is helpful to consider the lack of oversight which occurs when both biological parents are no longer working as a team. Ideally, parents work together to teach children body safe rules, observe children in play particularly with older peers, and thoughtfully choose care providers. Post-divorce, this doesn’t always happen. Another explanation for these increased risks of harm connects to the potential negative/dangerous role older step/bonus siblings can play in the lives of younger children. (Even when sexual or physical abuse by an older step/bonus sibling is not a factor, children who live with step/bonus siblings are more aggressive.) Yet, most significantly, one must face the difficult truth that the primary cause of harm to children in blended family settings is the unrelated, usually male, adult – brought into the mix through romantic involvement with the biological parent.

How can we mitigate these serious risks?

As a divorced mother of a young boy, I reached out to Dr. Laura Markham, founder of Aha! Parenting and author of "Peaceful Parent: Happy Kids," for advice. She shared her top three suggestions to “reduce the risk of sexual abuse/harm post-divorce to children.”

Markham strongly suggests the following (I quote her in full below):

"Your priority is your child's emotional health, and that means not subjecting your child to a new partner or a series of partners," Markham says. "Your child has a lot of adjusting to do and adding the element of a potential new partner for you will increase their anxiety and decrease the emotional bandwidth you have to support them. So stabilize your child's life for at least a year before you even think about dating. You will probably feel panic about being alone. Deal with that panic, rather than rushing into a relationship. You will end up with a better relationship as well as a happier child."

WHEN YOU DO BEGIN DATING, GO SLOW

"When you develop a relationship, don't be in a hurry to introduce your new flame to your child. Your kids have already lost their family," Markham says. "They need time to get used to the idea of a step-parent. It won't help them to get close to a potential step-parent only to lose them.

"Not to throw cold water on the idea that you could find Mr. or Ms. Right, but rebound relationships famously don't work out and after a divorce is when you are most vulnerable. It's easy to act while you're swept off your feet by new romance when you're on the rebound, but the real problems will surface later, and it's much harder to get out of a relationship than to get in. Have lots of discussions with your new flame about your kids. Don't get into a relationship where you are financially dependent. Consider keeping two separate residences for a good while. And I can't stress this enough: Pay attention to any little red flags; don't discount them."

A NEW PARTNER SHOULD NEVER DISCIPLINE YOUR CHILDREN

"Think of them as an aunt or uncle, not a parent. They should never be an authority figure in relation to your child," Markham says. "There is just too much opportunity for abuse of power. I know so many situations where mothers let their new husband discipline a child, only to end up terribly regretful afterwards."

It is wise for single parents to mindfully and slowly introduce a new partner to their children, trusting their instincts along the way. Once involved with a new partner, setting up the parenting dynamic to center upon on the authority of the biological parent helps reduce the potential for harm. Indeed, Markham urges biological parents in blended families to resist the pressure "including from a therapist" to encourage the new partner "to act like a parent."

Markham is not alone in voicing serious concern over the power dynamic that can be abused between step/bonus parents and children. According to family psychologist Patricia Papernow, step/bonus parents should focus on nourishing a healthy relationship with their partner’s children. That is “paramount.” She emphasizes this be done through connecting, and not correcting/punishing. Papernow suggests the biological parent “should handle most of the discipline while the new parent builds a relationship” and she encourages step/bonus parents to be authoritative “or even permissive” but certainly not authoritarian in their approach.

By taking into account the insight and wisdom shared above, the disproportionate risk of sexual and physical abuse posed to children living in homes with unrelated adults might be mitigated. As divorced or single parents, we can protect our children best when we stay connected and involved in our children’s lives, positively co-parent with the other biological parent to the best of our ability, and engage in new relationships with mindfulness, patience and clear boundaries.

We can protect our children best when we remember Markham’s wise words:

“Your child is YOUR responsibility.” Given that your child “didn’t choose a divorce,” she or he needs “MORE from you as a parent [when dating or remarried], not less.”