A spike in respiratory illnesses is filling children's hospitals in Philly

CHOP has been operating at full capacity for weeks, driven by a surge of common viral infections. The situation is similar across the nation 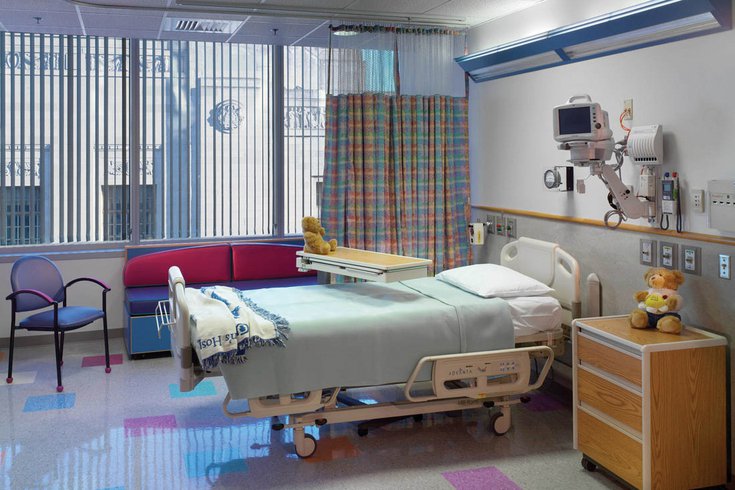 The Children's Hospital of Philadelphia, pictured above, is seeing an increase in respiratory illness. St. Christopher's Hospital for Children is likewise reporting a surge in RSV and rhinovirus. Pediatric respiratory disease is overwhelming hospitals nationwide.

Cold season is in full swing, and Philadelphia children's hospitals already are bearing the brunt.

Mirroring a nationwide trend, the city is experiencing a surge in respiratory illnesses among children, including respiratory syncytial virus. Though RSV tends to induce cold-like symptoms in adults and older kids, it can cause more serious illness, like bronchiolitis or pneumonia, in infants under 12 months of age.

At the Children's Hospital of Philadelphia, emergency department admissions for respiratory disease "increased 83% at our Philadelphia campus and 52% at our King of Prussia campus compared to five weeks prior," according to an internal CHOP email dated Oct. 19 obtained by PhillyVoice.

Dr. Ron Keren, chief medical officer for the Children's Hospital of Philadelphia, told reporters in a media briefing last Wednesday that "generally speaking, we are operating at or close to full capacity almost every day for the last several weeks."

"This year, sick season is a little different from previous years," Keren said. "What we're seeing is that RSV arrived early. It started in April, in the spring, which is very unusual, and the number of cases that we've been seeing in September and October has been extremely high. This is compared with last fall and winter, when we actually saw very little RSV.

St. Christopher's Hospital for Children is feeling a similar strain. The hospital saw an RSV positivity rate of 38.9% for the week ending Oct. 15, an increase over the previous week's 24.1%. That translated to 100 cases for the week, a number not seen since before the COVID-19 pandemic.

Rhinovirus, the predominant cause of the common cold, also tends to spike in the fall season; St. Christopher's Hospital reported a 45% positivity rate for the week ending Oct. 15, though that was actually a decrease from the prior week's 57.1%.

Dr. James Reingold, an attending physician in the emergency department for St. Christopher's, said his hospital has not seen "the typical winter wave of very sick young infants yet," but worries about the coming fall and winter months.

"The concern is that as (respiratory illness) continues to filter through the community, that's when it eventually reaches the young infants," he told PhillyVoice. "And RSV is really a disease that's hardest on babies under 6 months of age. Those are the ones that usually end up in the hospital overnight."

While the reports out of these hospitals are concerning, they are hardly unique to Philadelphia or even Pennsylvania. Hospitals in more than two dozen states confirmed higher-than-anticipated pediatric infection rates to ABC News, with at least one children's hospital in Connecticut currently considering help from the National Guard and FEMA.

According to Reingold, the early arrival of respiratory illness has been particularly tough on children with asthma, a common affliction in Philadelphia. Researchers at the University of Pennsylvania previously found that 21% of Philly children have asthma, which is more than double the national rate. Outdoor pollution is a major contributing factor to asthma, and Reingold said St. Christopher's patients in North Philly are especially affected by the area's industries.

"There was a period like three weeks ago where the whole ER was just asthma," Reingold said. "Fortunately, (the number of ill children with asthma) seems to be ebbing a little bit, but when influenza picks up speed, it's going to trigger that all over again."

At the moment, both influenza and COVID-19 numbers remain "relatively low," Keren said.

But doctors at St. Christopher's and CHOP are urging parents to get their children flu and COVID shots before transmission of these viruses potentially takes off, straining their already overloaded systems. Those parents also should make sure their kids are up-to-date on their routine immunizations, medical professionals say.

"I think we know for a fact that with the disruption of COVID lockdowns and people being fearful of going to the doctor's office, worried about catching COVID, we have very good data to show that children are less immunized in general than they were before," Reingold said. "Many children fell behind on their routine vaccinations. So I would just encourage everybody to take the concept of things getting back to normal to mean they should get back to their pediatrician and catch up on their shots."

If children do fall ill, hydration is essential. Fever can be managed with over-the-counter acetaminophen or ibuprofen, though kids should never consume aspirin. CHOP advises parents to consult their children's primary care provider for an RSV diagnosis.