To better prevent sudden unexpected infant deaths, it is 'especially crucial' to identify age-specific risks during the first month of life, researchers say 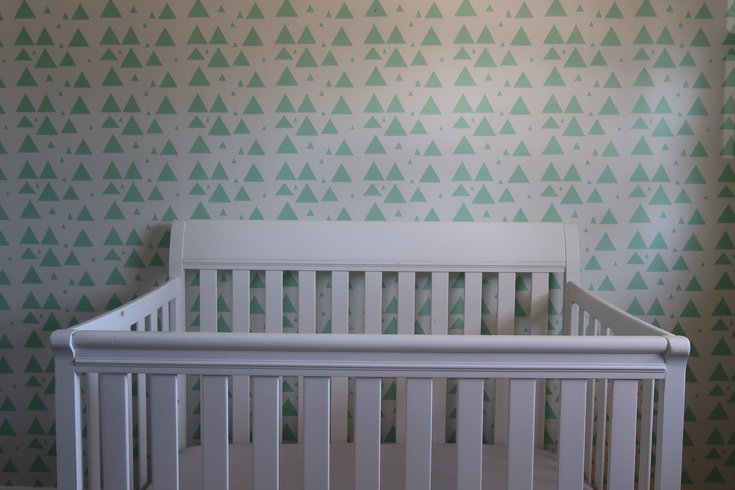 Babies are the least likely to die unexpectedly during their first week of life. But when they do, the cause of death is more likely to be classified as an ill-defined or unknown, Rutgers University researchers found. In the weeks that follow, SIDS is most likely to be deemed the cause.

Sudden unexpected infant deaths rarely occur during the first month of life. But the risk factors for these deaths vary even within that short time frame based on the timing of a baby's death, researchers from Rutgers University say.

Babies are the least likely to die unexpectedly during their first week of life. But when they do, the cause of death is more likely to be classified as an ill-defined or unknown, the Rutgers study found.

By contrast, the cause of death for babies later in their first month of life is more likely to be classified as sudden infant death syndrome, also known as SIDS.

"The greater use of the ill-defined and unknown classification in the first week suggests greater uncertainty as to whether all possible causes have been considered and ruled out," said researcher Thomas Hegyi, medical director of the SIDS Center of New Jersey.

The researchers recommended these early deaths be more fully investigated.

"The first month of life is especially crucial to study as it is a time when mothers are in postpartum recovery, experiencing fatigue, establishing breastfeeding practices and developing new household routines, which can influence risk factors," Hegyi said.

The researchers also found that the mothers of infants who died in the first week did not have as many of the common risk factors associated with sudden unexpected infant death, or SUID. They were more likely to have had an education that extended beyond high school and adequate prenatal care. They also were less likely to have smoked during pregnancy.

However, they were more likely to have undergone a primary Cesarean section delivery, which "carries potential distraction risks such as postpartum fatigue, postpartum depression or pain-relieving medication," Hegyi said.

"If these challenges result in poor positioning of the infant during breastfeeding or skin-to-skin contact, especially with first-time mothers unfamiliar with signs of infant distress or who may be recovering from a Cesarean section, there can be an increased risk," he added.

Parents also should be properly educated on the health benefits of skin-to-skin contact and breastfeeding, Hegyi said, pointing to a recent study on skin-to-skin care during hospitalization that found gaps in education and supervision.

Sudden unexpected infant death remains the No. 1 cause of death for infants between 1 month and 1 year of age. According to the U.S. Centers for Disease Control and Prevention, about 3,500 infants die from SUID every year nationwide.

There has been little decline in these numbers over the years, even with public health efforts like the Back to Sleep campaign, which teaches parents how to create a safe sleep environment for their babies, and the American Academy of Pediatrics' guidelines for safe infant sleep.

Sudden infant death syndrome, or SIDS, is a subtype of SUID used to explain deaths that have no direct cause. SUID may occur because of a blocked airway, choking, injury, infection or cardiac or metabolic dysfunction.

SIDS is sometimes known as crib death because the infants often die in their cribs, according to the Mayo Clinic. A combination of physical and sleep environmental factors are thought to increase an infant's risk of SIDS. Defects in the part of the brain that controls breathing and arousal from sleep, prematurity and respiratory infection also are considered possible causes. A study published during the summer found that lower levels of an enzyme that is part of the autonomic system, which controls non-voluntary functions such as heart rate, blood pressure and sweating, may also be a contributing factor in some cases.

The Rutgers study analyzed data on 889 infants born at or after 34 weeks gestation whose deaths were classified as SUID from 2000 to 2015. The data was taken from databases at the SIDS Center of New Jersey. Of the 889 deaths, 123 occurred within the first month of life, including 27 infants who died in their first week.

"When it comes to risk factors for sudden unexpected infant death ... in the first year of life, one size may not fill all," said researcher Barbara M. Ostfeld, program director of the SIDS Center of New Jersey. "Identifying age-specific risks can lead to improvements in outcome. In our study, some of the more common social and health risk factors associated with SUID were less evident in the first week."

They also found that of the three commonly reported types of SUID – SIDS, accidental suffocation and strangulation in bed and ill-defined and unknown causes – the cause of death of infants who died in the first six days were more likely to be classified as of an ill-defined and unknown cause compared with the infant deaths from 7 to 27 days, which more more often classified as SIDS.