The NFL has long personified traditional masculinity. But more players are opening up about their struggles with depression and anxiety, redefining what it means to be a man 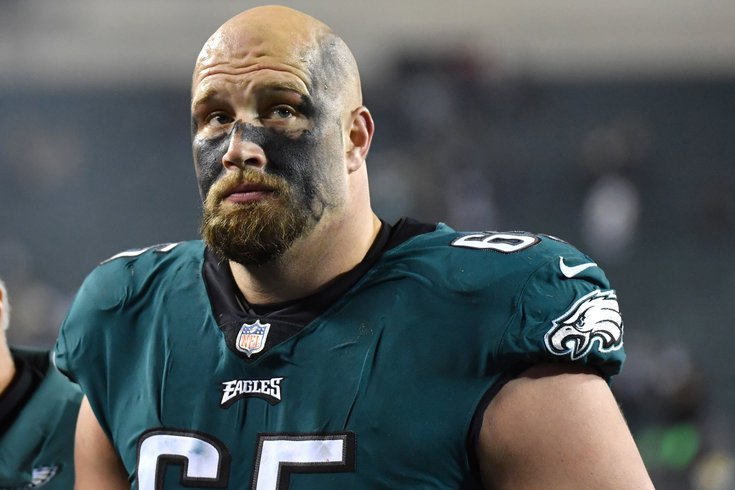 After ranting in my last two columns about back-to-back reports documenting the sad state of men's health, it's time to turn the page. Yes, I've found what may just be a glimmer of hope, one that provides a classic example of how behavior change works in real time. Even more interesting is the source and subject of this hint of progress.

A number of current and former players in the National Football League have emerged as advocates for mental health. Among them are former Eagles Brian Dawkins and Malcolm Jenkins. Add to this current Eagle Lane Johnson's well-documented acknowledgment of mental health challenges last year, and Philly may just be the epicenter in a movement with profound meaning for the advancement of men's health.

A history of reluctancy

What makes the actions of these players so significant is the long history of reluctancy among men to acknowledge mental illness, let alone seek treatment for it, particularly in the NFL. As recently as 2018, a Harvard study of NFL players described the barriers players face when it comes to confronting mental health issues. They cited a negative effect on their careers and stigma. The results of this football-specific research are consistent with the literature on the topic.

According to the American Journal of Men's Health, masculine norms among American men continue to influence behavior and a general aversion to engage in self-help for mental health, particularly compared to women. Despite the fact that depression and suicide are a leading cause of death in men, social and self-stigma restrains men from acknowledging their problems and seeking help. As stated succinctly by the Journal, "American men are subjected to a culture where the standards of masculinity are literally killing them."

Frontiers in Psychiatry references the reluctancy in men to seek out help for mental health, and also attributes traditional views on manhood as an underlying cause. And, Harvard Pilgrim Health Care says men have a much more difficult time overcoming the stigma of mental health than women, although the number of men receiving help for their mental challenges has grown over the past 20 years. Nevertheless, the number barely exceeds 10%.

Finally, in another sign of changing cultural mores, Pilgram reports that Generation Z is more apt to report and pursue help than prior generations – regardless of gender. Perhaps the reluctance is beginning to fade. The experiences of the Eagles alumni would certainly suggest so.

In his 2018 induction speech at the Pro Football Hall of Fame, Brian Dawkins revealed his struggle with depression and suicidal thoughts. With that high-profile start, Dawkins has been among a growing number of professional and amateur athletes telling their stories and inspiring others, both athletes and non-athletes, to acknowledge their needs and get help.

For Malcolm Jenkins, it is a combination of weekly therapy and talking to students about the psychological effects of racism that helps him cope with anxiety and depression.

And, in Lane Johnson's case, it was also anxiety and depression. For a long time, the stigma of admitting he had a problem stopped him from telling anyone, but his agony grew to the point of extreme nausea and physical reactions. Eventually, he sought help and even missed three games last year. In a dramatic signal that the stigma associated with mental health may be diminishing, Johnson received an outpouring of support on social media and from his teammates.

So, can this recent flurry of public dialogue by NFL players on mental health overcome decades of cultural precedent? Can these role models inspire change? Writing in Global Women, Simon Arcus, the former CEO of the Institute of Directors, says role models are critical to culture change, and while using female examples, suggests that role models can come from different genders or backgrounds, characterizing them as "mental companions" that can inspire.

If institutional change is a barometer of progress spurred by player advocacy, then players can definitely be considered role models and change agents. The American Psychological Association documented how the NFL and NFL Players Association created a culture of mental health prevention in recent years, demonstrating their concerns for a player's mind as well as his body. All teams now maintain a licensed behavioral health clinician and pain management specialist on staff.

Taking the lead from these Philly football role models, it's important for you to recognize the warning signs of a mental health problem and get the appropriate help. The National Institute of Health offers a great inventory. Among the symptoms they cite are anger or aggressiveness, misuse of alcohol or drugs, suicidal thoughts, thoughts or behaviors that interfere with work, family or social life, and headaches or digestive problems. Your primary care doctor can help you find the help you need.

For better, and usually worse, the NFL has historically personified classic American masculinity; play hurt, don't acknowledge any weakness and never, ever, admit that something is wrong with your body, and certainly not with your mind. The league's experience with concussions serves as Exhibit A in this analysis.

That said, despite decades of practice to the contrary emanating from larger societal norms, change may just be in the works. Maybe it's Gen Z. Maybe its high-profile guys in a traditionally macho environment having the courage to step up and speak out. Or, maybe it's an institutional maturity informed by modern science resulting in a cultural shift prompted by the confluence of all these factors. Frequently, that's how change occurs. In any event, its great to see this glimmer of hope and leadership emerging from the last place you expect it to happen.

There's a message here for all men. If the most "masculine" among us, the guys we cheer on every week can have the smarts and courage to recognize mental health as a legitimate concern, then so can you. As we've seen with B. Dawk, Malcolm Jenkins and Lane Johnson, it takes a real "man" to admit that he has a problem that needs attention and treatment.

What's even more encouraging is these players' willingness to speak out and work with young people to stop passing harmful cultural mindsets from one generation to the next. You couldn't ask for more. It's a bandwagon worth jumping on.