A look at the Hall of Famer's new book, "Blessed By The Best My Journey To Canton and Beyond” 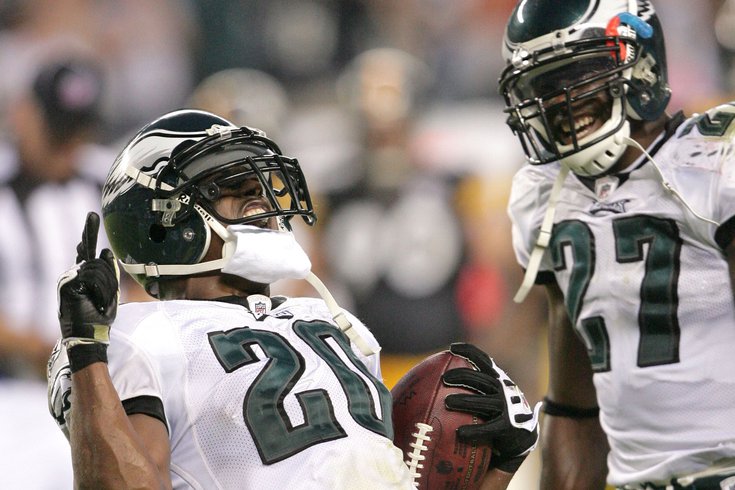 There was the alcoholic who spent some time conversing with Brian Dawkins and made him rethink his drinking problem. He stopped drinking. There was the guy living in misery, stuck in a dead-end job going nowhere, until he heard Dawkins speak. It changed his life course. He's in a happier, successful place today.

That's the kind of impact Dawkins left and continues to leave on the people he meets.

You can't just walk away from him without feeling positive. You can't have a light conversation with him. You can't talk to Dawkins for 20 minutes either, because that will eventually turn into 40 minutes, and even after that, you want more.

Now just imagine getting unlimited access to Dawkins, and coupling that with a veteran writer like Michael Bradley, and you have B-Dawks' new book, "Blessed By The Best My Journey To Canton and Beyond," published by Camino Books and released on Friday, September 10th.

It's more than a football book. In fact, it's more of a life-teaching book than it is anything else, based on the many trials and tribulations Dawkins faced during his Hall of Fame NFL career.

There is one passage that is particularly poignant that Dawkins touches on during his first season with the Eagles.

"I was basically walking around with a mask on, pretending nothing was wrong, pretending I was just fine. There was nobody I could talk to about this, or so I convinced myself, so it was eating me away from the inside. I started to drink a lot."

That led to this … "I had been going down a dark path, and that's a lonely place. It's a dark, lonely demented place. I had been thinking about how to kill myself in a way that would allow Connie (his wife) to get the insurance money."

Eagles' fans have known for years how dauntless Dawkins was on the field. The book offers a huge window into how courageous he is off it, by airing his lowest points and the battle he waged against depression.

"For me, the book was an opportunity to look back over my life going into the Hall of Fame," said Dawkins, who will be live at a book signing on Sunday at the Pepsi Plaza from 11 a.m. to 12 p.m. at Lincoln Financial Field prior to the Eagles' home opener. "I was blessed to do that and as I went back over it around 2018, it came back up to write a book, so people can be inspired and see some of those things that I went through in my life that were hard at the time, and how those things shaped me into the man I am today.

"It showed the mind shift that I had. That allowed me to become stronger mentally. It wasn't hard to revisit those times. I grew through those hard times, I didn't just go through them, and because of that, I'm on a higher plain of thought than the place where I was when I went through them."

It is not an easy process to reflect on someone's foibles and how tough it is to speak about the shadows that lurked around him.

"There was this image of me out there that everything was always so peachy cream in my life, and it's always been that way," Dawkins said. "I was like, 'no,' so this was also an attempt from me to let you see that even though I went through the things that I've grown through, it still does not stop you unless you allow it to.

"If you continue to relive those memories to become toxic in you, that will prevent you from growing. If you develop that growing mindset, those things from your past can strengthen you greatly in your now and today and those connected to you. I want people to relate that some of the same things I went through are some of the same things they go through. I've been blessed to earn the respect of many.

"I wouldn't be here without my wife Connie. It's why I got two (Hall of Fame) jackets, one for me and one for her. She's a Hall of Fame wife."

"Brian spent a lot of time going over this and made it very keen that this was his voice, this is Brian's story, and he's so damned inspirational," Bradley said. "Everyone thinks once you get to the NFL, you have it made, but that's not the case. Brian faced horrific pressure early on with the financial demands. His rookie year with the Eagles, he was a starter. Off the field, he was a mess.

"I found Brian's journey is what he means to people and what he's done for them, and the impact he's had on them. There are a lot of guys out there who talk about what it means to them to lead a spiritual life and what God means to them, but if you spend any time with Brian, he really walks it.

"He wants to be the strong person who provides inspiration for others, and it's the way he played. He wants other people to be inspired by him. It's a great story about a phenomenal athlete and someone who's also an extraordinary person. Brian is someone who knows he's here to impact other's lives and he really wants to have that impact.

Dawkins prides himself on accountability, and he says when he wrote the book, he shares some secrets and his mindset. Like for example, when he was drafted with the 61st overall pick of the 1996 NFL Draft, as the final choice of the second round, Dawkins took that as if he was drafted in the third round, and all of the teams that didn't select him would pay a price.

"I thought I should have gone higher than that, but because of my size, I dropped, because I thought I should have been a first-rounder," Dawkins said. "That fueled me to think I would outlast all of these dudes that were picked in front of me. I wanted to give my children a strong name, and that meant I needed to step up.

"I wanted to walk away from the game, not limp away from the game. When my time came, I knew and was prepared to do other things. Football was what I did, not what I was. Don't get me wrong, I loved the game. I loved playing the game. But I knew I was separate from football. When I walked away, I had peace in my heart about it. It's why I say today that I don't miss football."

The book can be purchased at BrianDawkins.com. He is pledging 50% of the proceeds to the Brian Dawkins Impact Foundation.