With the U.S. life expectancy gap among genders growing, it's time for men to take action

U.S. men have some of the worst health rates in the affluent world. If a sports team put up such poor statistics, we'd call for change 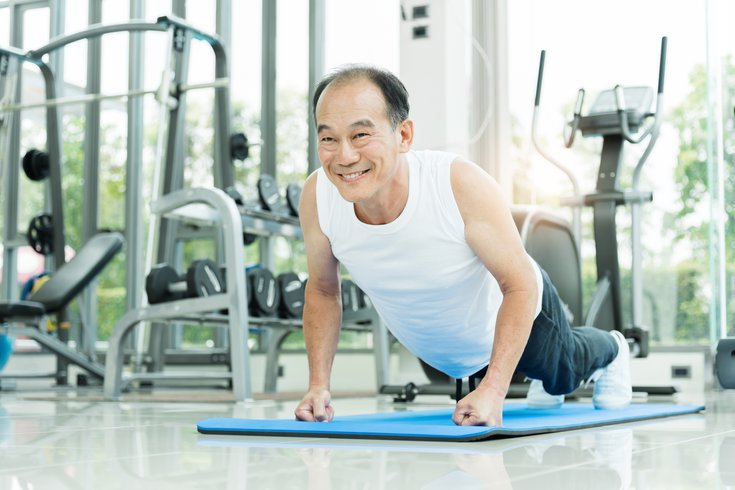 The latest life expectancy estimates from the CDC show women are expected to live nearly 6 years longer than men in the United States. Another report shows U.S. men have some of the highest rates of avoidable deaths, chronic conditions and mental health needs among affluent countries.

Not even a month ago, I ranted about the findings in a Commonwealth Fund report that showed U.S. men have some of the highest rates of avoidable deaths, chronic conditions and mental health needs when compared to men from other affluent countries. I likened the news to a kick in the groin for this men's health advocate.

Well, the sting from that kick had barely subsided when I read the reports last week from the U.S. Centers for Disease Control and Prevention on the declining life expectancy of Americans. As I examined the details, I found that the lifespan gap between American men and women had increased to almost 6 years!

Now, the report makes it clear that COVID-19 was the leading contributor to this decline, but it wasn't the sole factor, particularly during the 2020-2021 period. For men, COVID-19 accounted for about half the decline during that span. Other contributing factors included unintentional injuries (19.1%), suicide (3.6%), chronic liver disease and cirrhosis (3.4%) and homicide (2.5%).

That's still not a pretty picture, and one that calls the behavior of men into question as an underlying cause. And with regard to COVID-19, we already know that mortality has been higher in men. In March 2020, I discussed the disproportionate number of men in the US and worldwide dying from COVID-19 compared to women and the impact of unhealthy behaviors, like smoking, that were partially behind these findings.

Reporting by the Brookings Institution further confirms this disparity. Last October, the organization reported that "at least 65,000 more men than women have died from COVID-19 in the US." Though most experts do not exclusively tie this difference to male behavior (biological differences in men and women is a major consideration), they do acknowledge the role that social factors and the male aversion to health care play in COVID-related male mortality.

A call to action

The one-two punch of the Commonwealth Fund report and the CDC life expectancy estimates got me thinking. How do men feel about this continuous litany of studies that portray them as generally negligent when it comes to their health? Are men connecting the dots between their behaviors and their aspirations for long and happy lives? On being there for their families?

Doesn't sound like it. Hell, I jumped through hoops for my kids when they were growing up – I still do – and today, I'd climb Mt. Everest if my grandson asked me to. Do men not get that their health is as much about the others in their lives as it is about them?

Look, as I shout from my soapbox, I'm very much aware of the cultural hole in which men reside. American masculinity runs smack into the notion that we should proactively tend to our health. The power of our social practices, as handed down by our fathers and grandfathers, has us measuring our self-worth based on the number of beers we can consume during an Eagles game – when we're well past an age where that should be the measure of anything (trust me I'm a season-ticket holder and a tailgate veteran).

Brothers, I offer these thoughts with love, respect and admiration for all the men out there. We need a kick to find a new model of masculinity and behavior. And, best of all, it's not an either-or proposition. I'm not talking about giving-up tailgating, the brotherhood of fandom or any of the positive male traditions that build bonds with the people we love.

If you've read any of my columns you know that I place a premium on intergenerational relationships with my sons and grandson. In May, I wrote about a trip with my two adult sons to the NFL Draft in Las Vegas. Guys, this is all good stuff. We just need to include a reasonable diet and a little exercise along with some other practices, like good sleep, to begin to change this culture that keeps producing these horrific statistics. If the Eagles or any other Philadelphia sports team delivered such poor performance, we'd call for head of the manager or coach. And we have – many times.

I'll stop the rant. As a former Eagles coach once said, "time's yours." I want your – check that – need your ideas on starting a men's health movement, right here, right now. Let's show the nation that the men in Philly (with the help of our partners, of course) can start a movement in which men live healthy – for themselves, and even more for the people they love.

Let's prove to the world that we have the compassion for others and the discipline within us to create a new model of manhood. One that is as tough, resilient and committed to a vision as anything society has ever seen. A rallying cry that grabs social media by the horns and casts a net so wide and far that men of all races, creeds, social and economic circumstances are part of the movement – and feel like they are connected with something that is a game-changer for generations to come.

Are you up for it? Email me at LBezich@50plusmen.com. What's the one-best thing that a man can do to start and sustain a healthy lifestyle? What's it going to take to update society's view of masculinity? Give me your thoughts on these questions or any other points. I'll include the best of your responses in an upcoming column, and together, we can start a grassroots movement. The time has come. We're beyond overdue. Join me on the journey.