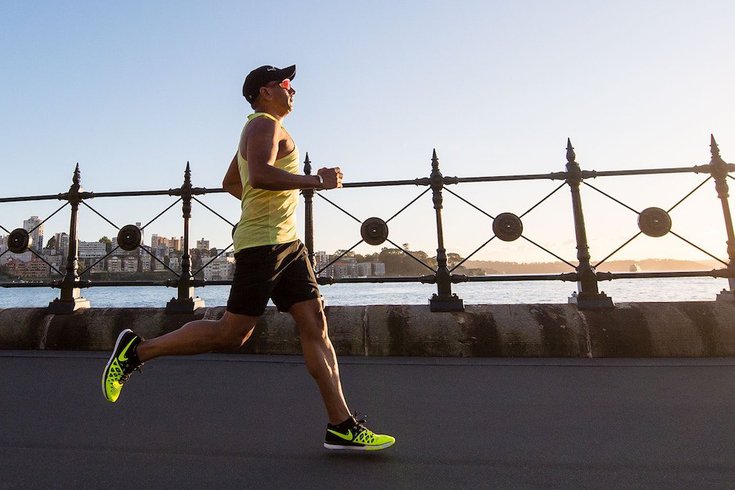 Older men appear more susceptible to coronavirus, particularly if those who do not maintain healthy lifestyle behaviors. As the virus spreads across the United States, it should serve as a wake-up call for men to adopt a healthy lifestyle, Louis Bezich writes.

As a men’s health advocate with a 50-plus focus, I’ve offered any number of reasons to start living healthy, all anchored in our social and emotional relationships. What I argue are a man’s strongest motivators.

I came to this conclusion, in part, by interviewing a host of men over 50 who maintain healthy lifestyles and exploring their stories. I looked specifically for the inspiration behind their ability to conquer the largess that afflicts so many of us.

The interviews provided a range of fascinating tales. Some were rooted in a military discipline that has stayed with them into middle age. Others saw the connection between their personal aspirations and ability to stay active. But among the most interesting were stories of men moved by a single experience to begin a healthy lifestyle.

I heard about behavioral triggers, like the death of a parent or witnessing the diminishing physical capabilities of a good friend. A more common story, but equally significant according to the men, were revelations resulting from a severe loss of breath after climbing a flight of stairs or simply the inability to fit into one’s pants.

The common denominator? A moment of truth. A very personal reflection stimulated by an experience that captures the essence of a problem and reveals the dark consequences of disregarding your health. It's mortality getting in your face.

With all the news about the coronavirus, and reports linking middle-aged men to increased susceptibility for infection due in part to their lifestyles, I couldn’t help but think about the stories I’d heard and the power of a wake-up call.

Studies of Chinese men suggest so. More general research on the health differences between American men and women clearly put men at greater risk. While the experts cite biological differences that provide women with a greater immune responses to infection, they also acknowledge the role of behavior in one’s health and ability to fight infection.

Citing an analysis by the Chinese Center for Disease Control, The New York Times reports that the coronavirus appears to pose a particular threat to middle-aged and older adults, particularly men. That's a conclusion that also was true for both the SARS and MERS outbreaks.

The Times suggested that a number of factors may be working against men in the current epidemic, including some that are rooted in lifestyle. A high rate of smoking among Chinese men and higher rates of type 2 diabetes and high blood pressure increase the risk of complications following coronavirus infection.

U.S. men don’t fare much better. The rate of cigarette smoking among U.S. men between ages 45-64 is 16%. That's far lower than the rate of their Chinese counterparts – nearly 50% of them smoke. But there is still an overall gap between the health of men and women in the U.S., another reason men are at greater risk.

According to the Harvard Medical School, men are more burdened by illness throughout life than women. They are more likely to suffer from chronic illnesses and are three times more likely to develop kidney stones, become alcoholics, or get bladder cancer.

Men even fail when it comes to the very basics of good health. Other studies cited by the Times show men are less likely to wash their hands than women. Yes, both Chinese and American men seem to share a common practice of neglecting their health. Perhaps in different ways, but it’s not the type of international comparability we want at any level.

So, while I’ve covered this territory before, in the context of an epidemic, the core elements of a healthy lifestyle are worth repeating. Here are 5 commonly-held standards that you want to follow:

If you can work your way to these levels, you’ll be in much better condition to repel the threat of coronavirus – or anything else for that matter. Don’t let yourself become vulnerable. Recognize the message within the chaos unfolding every day. There’s just too much a stake for you and the people you love. Now more than ever.
Louis Bezich, senior vice president of strategic alliances at Cooper University Health Care, is author of "Crack The Code: 10 Proven Secrets that Motivate Healthy Behavior and Inspire Fulfillment in Men Over 50."