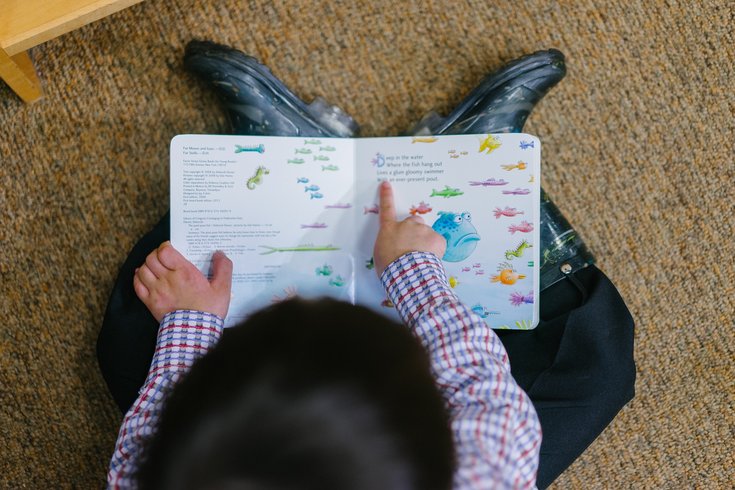 Grandchildren can provide motivation for adopting a more healthy lifestyle.

One of the not so secret strategies in my playbook for healthy living and well-being is my grandson Luca.

If there was ever a source of motivation it’s this four-year-old dynamo who lives a mere 10 minutes away with my son and daughter-in-law. He’s my only grandchild, but so far, grandparenting is living up to its hype.

The “little guy,” as I often refer to him – a term I carry-over from my dad’s characterization of my kids when they were young – has injected a whole new dimension into my marriage. My wife is not his biological grandmother, yet Luca’s embrace for her is abundant and a wellspring of shared happiness.

I suspect that my experience will ring true for other men over 50 who can relate to the power of a man’s emotional relationships in inspiring behavior change.

With two sons married and in their 30’s I’ve really come to enjoy the adult relationships we’ve crafted. Boys-only dinners, summers at the beach, and family gatherings around birthdays and holidays provide me with a continuous source of purpose and pride. Sustaining the rhythm of these social connections year-round means everything to me. Catching up with the boys for even a simple dinner makes my week.

Adding to the bonds we’ve built is the strong sense of reward I feel when I can provide them with an occasional helping hand irrespective of the personal and professional successes they’ve achieved on their own. Yes, with all the stress that younger parents confront every day, it’s nice to still feel needed later in life. Indeed, experts such as the Cleveland Clinic suggest that strengthening family relationships is an important step to successful aging.

Luca’s sleepover a couple weeks before Christmas provides a great illustration of the magical moments found in the ordinary – take babysitting. When a Saturday night function created a need for my son and daughter-in-law to outsource Luca’s childcare for a 24-hour period, my wife Maria and I jumped at the opportunity. The planning and shopping began immediately. Maria is a speech and language pathologist who has worked with children for decades, so she had plenty of activities ready to go in no time.

Meanwhile, I went shopping for new stuffed animals and began organizing some bedtime stories since Luca likes to fall asleep with his “Dida,” the ethnic title for grandfather from my Croatian ancestry. On this particular Saturday, we picked Luca up around 5 p.m.  and had dinner at his favorite restaurant (Yes, he’s got a preferred dining spot influenced largely by the fresh-baked cookies they serve). After dinner we headed back to our house for some fun, a little Paw Patrol and eventually bed.

For me, the highlight of the night was telling Luca a few stories which I affectionately call “Little Johnny” stories, as they always feature the trials and tribulations of, you guessed it, a little boy named Johnny. Johnny always seems to get into trouble but emerges unscathed with a strong lesson learned (always the same lesson, listen to your parents). For me, the time together produced a strong emotional connection because I told these same Little Johnny stories to Luca’s father when he was a boy and I was putting him to bed. They still work!

On Sunday morning, we jumped in the car and departed from our South Jersey home for New Hope, Bucks County. Maria had purchased tickets for the Polar Express train ride on the New Hope Railroad. Luca loved the train and all the Christmas fanfare. Our iPhones were snapping like crazy as we captured the delight on his face and fired off text after text to his parents with the photos. After the train, it was back home for some more quality time until his dad came by for pick-up. All in all, it was a great 24 hours – jam-packed but tremendously fun and rewarding. Making magic from the moment. The art of grandparenting.

The take-away? For me, spending time with Luca certainly triggers an emotional fire which fuels the discipline to live healthy and stay committed to my diet and exercise regimen. I want to be there for him and to celebrate all the milestones lie ahead. Psychologically, it’s clear that grandparenting has the unique ability to put all of life’s troubles in perspective and, as studies show, contribute to the well-being of both Maria and me as well as Luca.

If you are a man looking for the inspiration to win the battle for your health and well-being, and you are fortunate enough to have a grandchild, leverage the power of the relationship. What I’ve witnessed in my life and in my research on the health behaviors of older men is that a grandchild can produce emotional rewards, drive behavioral change and create the underlying purpose that we all seek. One hug from Luca puts me at the intersection of health and happiness. Not a bad place to be.