The pathway to a healthy lifestyle is clear, but more men need to find the motivation to follow it 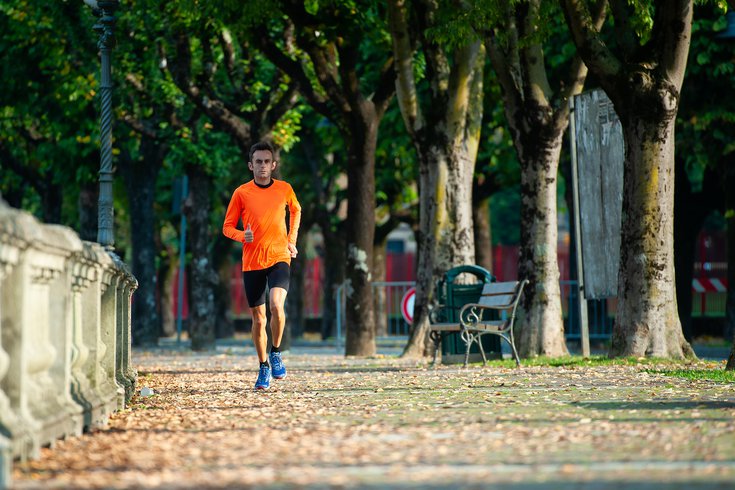 U.S. men have some of the highest rates of avoidable deaths, chronic conditions and mental health needs when compared to men from other affluent countries, a Commonwealth Fund report shows.

It's 2022. Data analytics is driving decisions in sports. Artificial intelligence enables computers to perform tasks usually done by humans. Technology allows us to watch or listen to whatever we want, whenever we want.

Our world is advancing in so many ways, it's almost incomprehensible. But, when it comes to men's health, we're solidly stuck in the past.

Traditional views of masculinity continue to dominate health behaviors, and regrettably, the death and disease resulting from these behaviors just keeps rolling along as an accepted way of life. You know the male mantra, "who needs to see a doctor when you're feeling fine?"

I've written enough about men's health behaviors that I'm not shocked by much, but a report released last month by the Commonwealth Fund feels like a kick in the groin. Will men ever adopt healthy practices on a broad scale? Consider these findings: American men are sicker and die earlier than men in 11 high-income countries. And their rates of avoidable deaths, chronic conditions and mental health needs are among the highest.

The beat goes on. American men are more likely to have multiple chronic illnesses. And, the classic metric – men go to the doctor far less than women.

Finally, and equally concerning, men with lower incomes and those experiencing financial stress, have an increased likelihood of poor health outcomes. The only positive finding for American men was that their rate of prostate cancer-related deaths was among the lowest. The authors chalked this up to the aggressive testing and advanced treatment available in the U.S. Saved by the medicine!

Now, let me bounce back from these depressing statistics and share the good news, it's never too late to start living healthy.

That's according to John Hopkins Medicine, which prescribes a lifestyle that includes a regular dose of physical activity, attention to your diet, good sleep, exercising your brain, and no smoking. The health system suggests these practices will not only keep you healthy, but reduce the pace of the aging process.

But can it happen?

We know that the latest studies show American men remain averse to healthy living and continue to pay the price. We also know what it takes to live healthy. No secrets there. Tons of research, programs, gyms and the like offer a pathway to health and fitness. But can it happen? Is there any indication that a year or two from now, the Commonwealth Fund won't publish yet another report on men saying the same thing? I mean, we've been hearing this same sad story for decades!

Fortunately, the evidence indicates that people can change their behaviors – when the push is strong enough. Last month, I wrote about post traumatic growth, the positive change that can emerge from the adversity of a traumatic event. Last September, I described surveys that showed how COVID-19 triggered a new awareness of physical health and prompted many Americans to make significant lifestyle changes.

Despite some tapering as time went on, the jolt of COVID seemed to have an impact. In that same September article, I highlighted the concept of a social virus, formally known as social contagion, and how behaviors – like diet and exercise – are more likely to capture the public's interest and get adopted when they are widely circulated among social networks.

The bottom line? Yes, change is possible when the pressure is there and the motivation is strong. But how do you create the inspiration to change absent a pandemic or a traumatic event? Are there alternatives sources of motivation with the power of these examples?

Right in front of us

When I began my venture into men's health and zeroed in on motivation, I became a big fan of Self-Determination Theory, an approach to understanding human behavior developed by Richard Ryan and Edward Deci, psychologists at the University of Rochester. Their theory is anchored by the idea that intrinsic motivations – those that are formed within us – are much more powerful in changing and sustaining behavior than extrinsic motivators, like money.

I found this to be true in the 50-plus men I surveyed to determine what was behind their ability to buck the trend and lead healthy lifestyles. A number of them pointed to their emotional and personal relationships as the source of their inspiration. They wanted to be able to frolic on the beach with their grandchildren or travel with their wives.

Most importantly, they made the connection between their social aspirations and their need to be healthy to achieve them; something I call male cognitive behavioral alignment. They connected the dots and saw diet and exercise as a means to an end. But it was their end game that served as their social drivers, their motivation.

My search for a powerful motivator, something with the push of post-traumatic growth or a pandemic, landed on the social and emotional relationships that are right in front of us.

The Commonwealth Fund report offers a sad commentary on the state of health among American men. Equally disturbing is the fact that similar studies published 10, 20 and even 30 years ago echoed the same sentiment and cultural underpinnings. A report like this in 2022 just screams for a response.

As a gender, we need to put an end to the male mindset that says that a concern for your health is unmanly, and stop the passage of this misguided culture of masculinity from generation to generation. Men need to wake up and comprehend the implications of their actions, or inaction, as it may be. What I wrote a few years back is worth repeating: it's literally a matter of life and death.