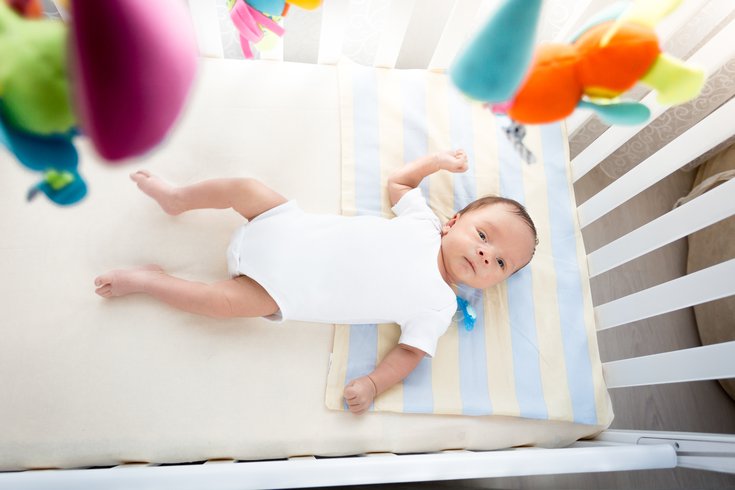 A new study on sudden infant death syndrome suggests an enzyme may be key to predicting which babies die of SIDS. But scientists stress that the study, conducted by Australian researchers, is far from definitive.

Nearly 3,400 babies in the United States die each year of sudden infant death syndrome – the unexplainable death of a seemingly healthy baby. There are no known causes of SIDS, but a new study suggests there may be a way to identify the infants most at risk.

A group of Australian scientists found that the blood samples of 67 newborns who died of SIDS and other unknown causes showed significantly lower levels of an enzyme that is part of the autonomic system, which controls non-voluntary functions such as heart rate, blood pressure and sweating.

The study's findings have sparked a whirlwind of reactions, with some people celebrating them as revealing the cause of SIDS. But pediatric experts have urged caution, partly because the study's sample is too small to make any definitive claims.

The study suggests the enzyme butyrylcholinesterase, or BChE, could be a potential biomarker to help identify infants at higher risk of SIDS. Scientists have long speculated that the part of the brain that controls breathing and waking may play a role in SIDS. The study's findings builds upon that idea.

"Babies have a very powerful mechanism to let us know when they are not happy," said Dr. Carmel Harrington, an honorary research fellow at the Children's Hospital at Westmead in Australia, who led the study. "Usually, if a baby is confronted with a life-threatening situation, such as difficulty breathing during sleep because they are on their tummies, they will arouse and cry out. What this research shows is that some babies don't have this same robust arousal response."

Harrington said the study's findings, published in eBioMedicine, show that BChE is involved with this lack of arousal. But she added that more research is needed to determine whether BChE tests would be an effective way to identify infants at risk and prevent future deaths.

Previous studies have identified several risk factors associated with SIDS, including low birth weight, premature birth, respiratory infections and living with someone who smokes. Being born a twin or triplet, having a family history of SIDS and being born to a mother younger than 20 who didn't receive adequate prenatal care also can increase the risk, the Mayo Clinic says.

The findings are "provocative" and "a good start," but larger studies are needed to confirm that BChE can predict which babies will die of SIDS, Dr. Richard Goldstein, a SIDS researcher at Boston Children's Hospital, told USA Today.

The blood samples used in the study were more than two years old and only coroner's diagnoses – not autopsy findings – were used to determine which deaths were classified as SIDS. The findings also included data on children up to age 2, but SIDS usually affects babies younger than 1 year. According to the Mayo Clinic, babies are at the highest risk for SIDS between 2-4 months.

There also was some overlap in BChE levels among the babies who died of SIDS and the other infants in the study, Dr. Rachel Moon, chair of the American Academy of Pediatrics' Task Force on SIDS said.

"While the differences in blood levels of this enzyme were statistically different – even if this is confirmed by larger, additional studies – there is enough overlap in the blood levels between cases and controls that it could not be used as a blood test at this point with any reasonable predictive value," she told CNN.

Alison Jacobson, CEO of First Candle, a national organization of bereaved parents who have lost infants, released a statement saying the study "is only one piece of a very big puzzle." She pointed out researchers believe there are more than one cause of SIDS.

"As bereaved parents ourselves, we understand how parents whose babies have died from this mysterious disease desperately want answers and new parents want assurance that it won’t happen to their baby," Jacobson said. "We pray that someday that will happen but that’s not the case today."

The American Academy of Pediatrics recommends all babies under 1 year sleep on their backs in a crib with a fitted sheet to decrease the risk of SIDS and other sleep-related causes of death. Breastfeeding and proper immunization also reduce risk, the AAP says. So does keeping the baby in the same room as its parents until its first birthday.