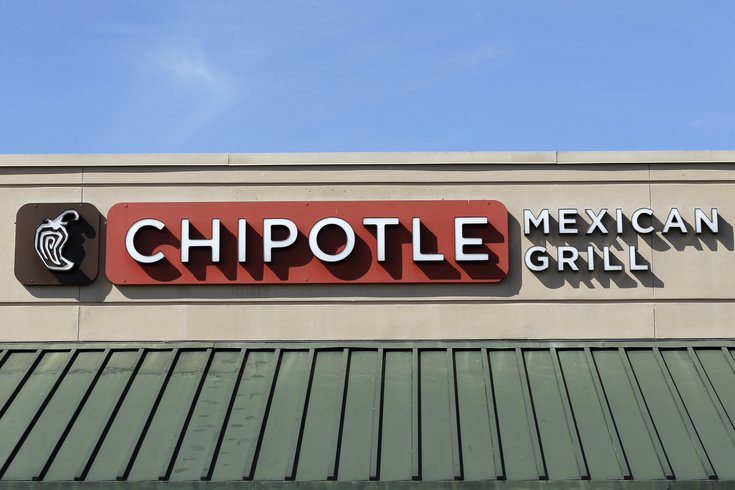 This Monday, Feb. 8, 2016, photo shows the sign over a Chipotle Mexican Grill in Brandon, Florida. The company recently released a database of its locations affected nationwide by a breach of its payment card data earlier this year.

The fast-food burrito chain on Friday released a list of which Chipotle restaurants were affected by malware designed to access payment card data and when each location was hacked.

Chipotle said in the news release that the malware had access to data from cards used on point-of-sale devices at most of its restaurants from March 24 to April 18.

In Philly, the following locations were affected, according to the restaurant chain:

The breach comes more than a year after a slew of E. coli and norovirus outbreaks at Chipotle locations across the country.

The company wrote Friday that the malware searched for track data read from the magnetic stripe of a credit or debit card as it was routed through a POS device. Track data sometimes includes the cardholder's name along with the card number, expiration date and internal verification code.

Cyber security firms, law enforcement and payment card networks collaborated on an investigation into the breach and reportedly found nothing indicating that other customer information was accessed, the company stated.

"We removed the malware, and we continue to work with cyber security firms to evaluate ways to enhance our security measures," the release read. The company also said it is working with payment card networks to make banks aware of the breach.

See the company's full statement from Friday and a database of locations affected here.